Wife runs out of home, claims her husband has been having s3x with her nonstop since midnight (Video)

A wife ran out of her marital home, crying out for help claiming her husband has been having s3x with her nonstop since midnight and she cannot continue again.

In a video that has surfaced online, the wife is seen running out of her house tying wrapper while her husband rushes after her, trying to get her back into the house.

She could be heard confronting her husband in Yoruba language, asking if he wants to kill her that he has been having s3x with her all night and her genital are now peppering her, she cannot continue while he tried all he could to get his wife back into the house.

The woman who at a point was using her wrapper to fan herself underneath, ran to people to help prevent her husband from getting her back into the house.

Wife rushes out of her house as she claims her husband had been having continuous sex with her since the lockdown. 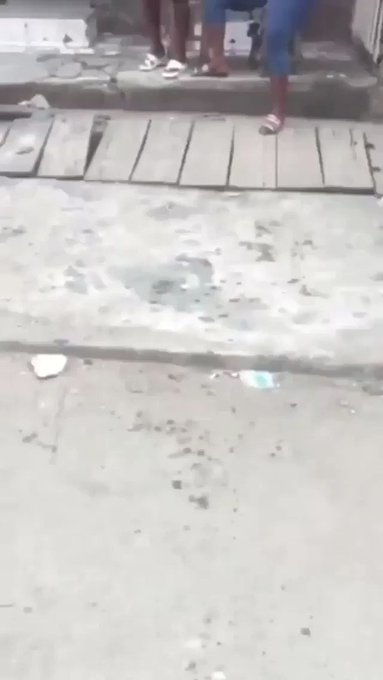 
45 people are talking about this
Tags
VIRAL PHOTOS