Priscilla Ajoke Ojo, daughter to popular Nollywood actress and on-screen character, Iyabo Ojo decided to play a silly prank on her brother and his reaction is worthwhile. 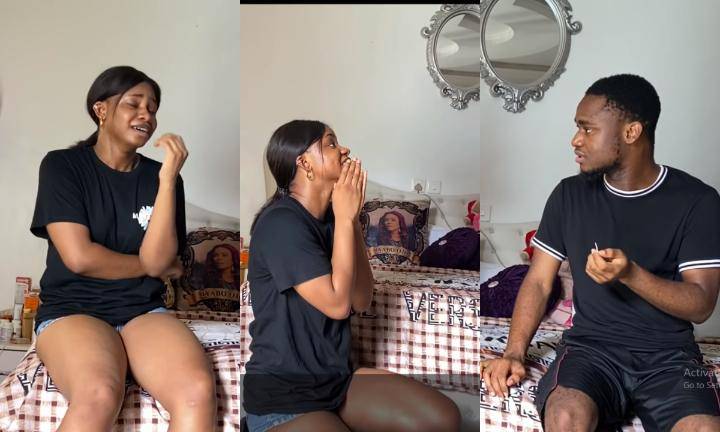 The brand influencer has days ago announced that she would drop a video on her Youtube channel where she pranked her brother that she was pregnant and today she kept to her words by dropping the video.

The video, however, turned out to be a funny one to watch as her brother's response and the reaction was the main talking point.

In the video, while she was setting up the camera in her room, she revealed she was about to prank her brother about being pregnant.

Sooner she went to call her brother into her room and narrated that she was pregnant. Her brother from the start did not take it seriously as he went on laughing about the whole thing his junior sister was saying.

Priscilla firstly told her brother Festus to promise not to tell their mummy which is Iyabo Ojo about what she is about to say and he replied what is it about.

Priscilla went on to say she missed her period. Festus played innocent and acted he did not understand what she was saying.

Priscilla further went on to say 'do you mean you don't understand what I'm saying' he acted he didn't, Then Priscilla broke the ice and said "I'm pregnant" he laughed it off and felt her sister was joking.

Meanwhile, Priscilla continued to act that she was not joking about it and was real, her brother questioned her and asked for the test result which she could not provide but remained her stand that she was pregnant.

Then she faked a cry that she was real and her brother should believe and alas! he did as he swiftly replied, "Are you mad?".

She went on her knees to plead, her brother tried to remove his slipper from his feet to hit her but he later reversed the move.

But later on, she revealed it was a prank. 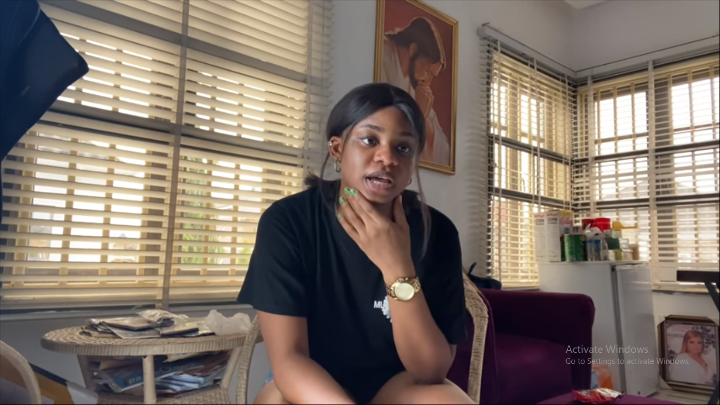 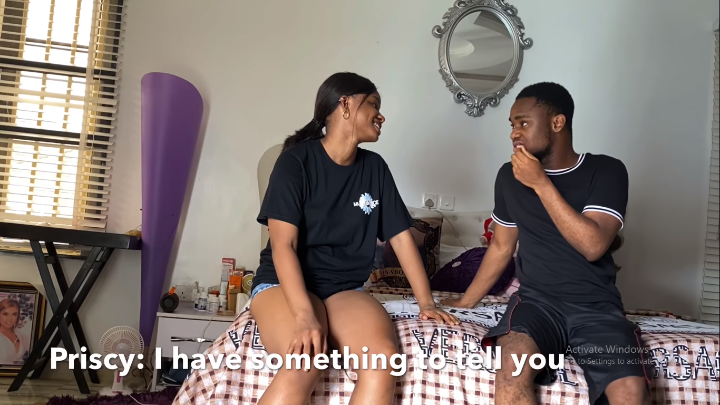 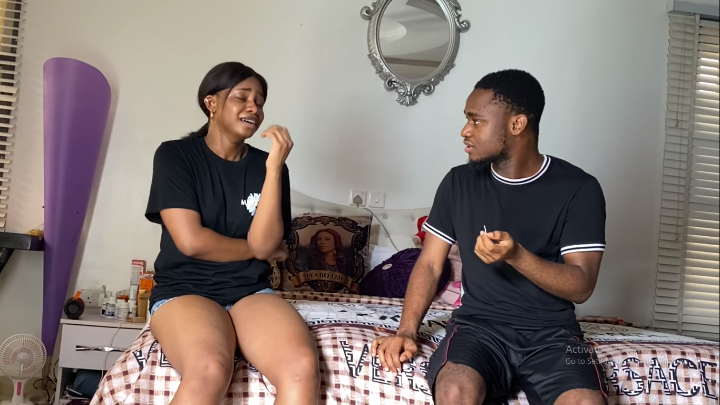 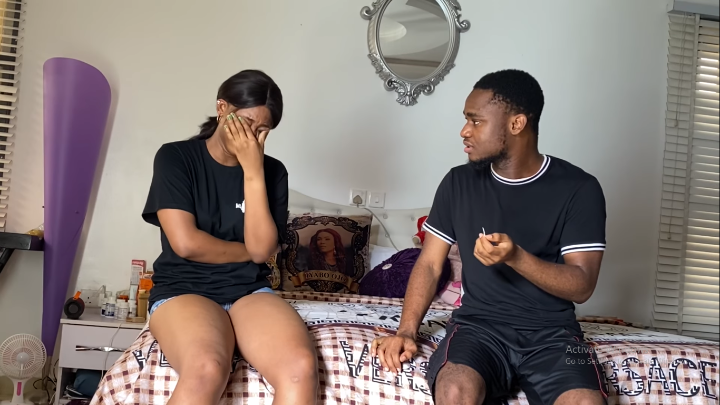 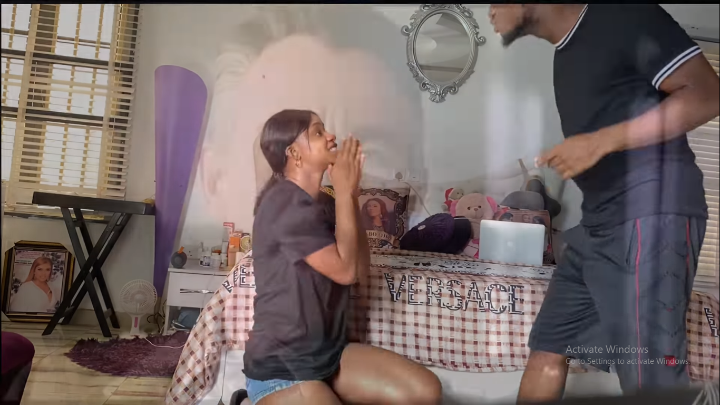 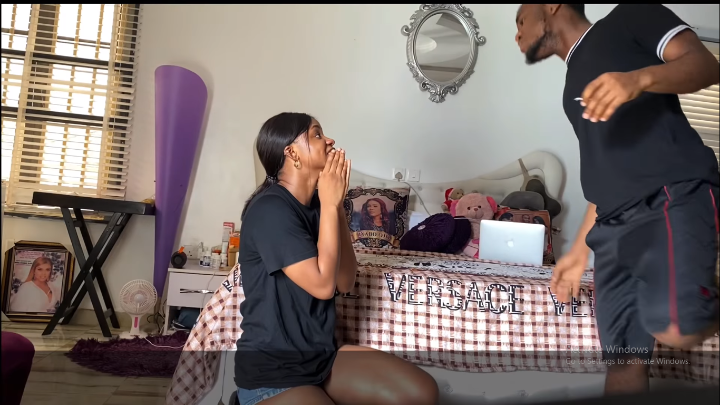