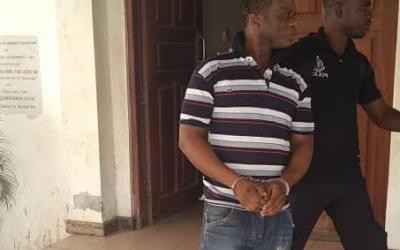 47-year-old Chinedu Ihukwumere has been remanded in prison after being arraigned before an Ikeja Chief Magistrates’ Court on Wednesday March 4, for defiling his 15-year-old niece.

The suspect was accused of committing the offence sometime in November 2019 at his apartment at No. 37, Lawani Street, Olodi Apapa, Lagos. Ihukwumere's niece was reportedly residing with him at the time of the incident.

Chief Magistrate P. E. Nwaka who presided over the case did not take the suspect's plea. He subsequently ordered that he should be remanded in Kirikiri Correctional Centre, pending legal advice from the Lagos State Director of Public Prosecutions (DPP).

The Police were directed to return the case file to DPP for legal advice, before Magistrate Nwaka adjourned the case till March 20 for mention.
Tags
NEWS