Before and After explosion video of in Abule Ado, Lagos

The entire Nigeria and Lagos state was thrown into panic yesterday when an explosion was experienced at the Abule Ado community in Lagos.

According to reports, about 17 lives were lost in the sad incident, which includes that of the Principal of a Girls’ College in the area, Henrietta Alokha who reportedly died after saving the lives of about 300 students of the school.

Laila Ijeoma | Lailasnews.com@LailaIjeoma
Before and after the explosion in Abule Ado 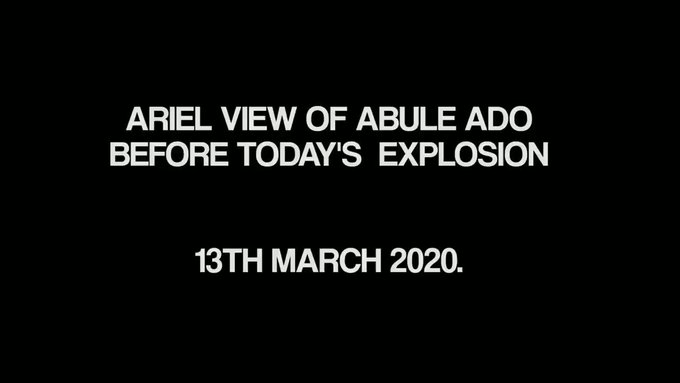 
New reports have it that cause of the explosion was a gas leak which was triggered after a truck hit some cylinders filled with gas.