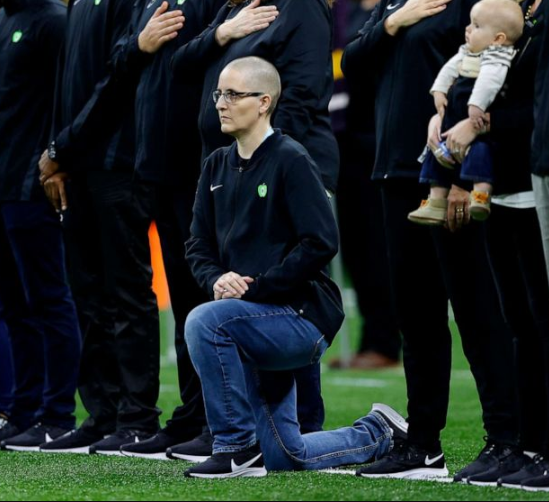 President Donald Trump and First Lady Melania Trump were present at a ceremony honoring the 2019 "Teachers of the Year," when one teacher chose to kneel during the national anthem.

Kelly Holstine, the honoree from Minnesota, knelt in silent protest during the national anthem at Monday night's college football championship game between Louisiana State and Clemson while President Donald Trump was standing down the field from her. 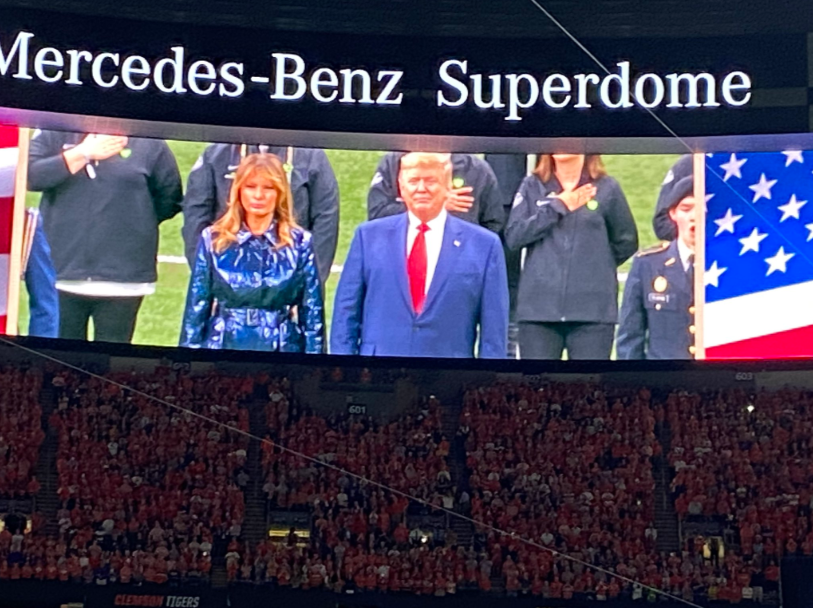 When it was time for the anthem, she went down on one knee. 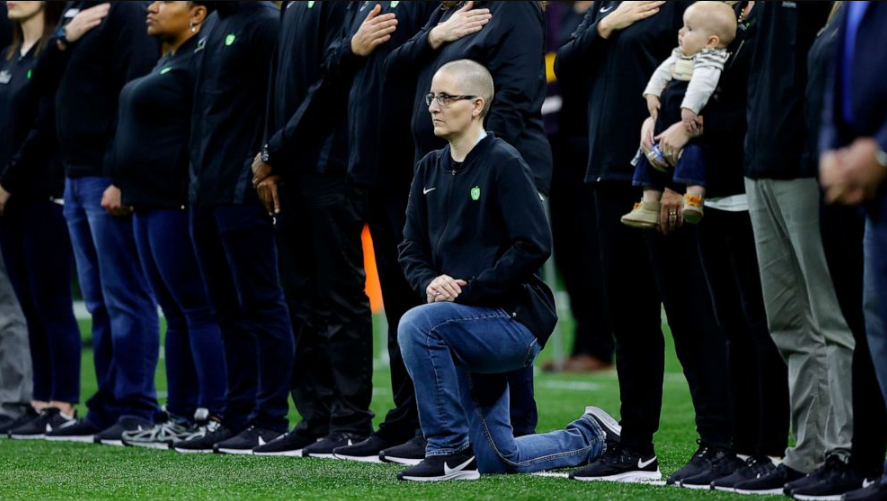 Later that evening, she tweeted that she decided to kneel as the national anthem opened the game because she was "given platform to stand up for marginalized and oppressed people."

She tweeted: "Honored as State Teachers of the Year at NCAA Champ FB Game. Given platform to stand up for marginalized and oppressed people."

Referencing former San Francisco 49ers quarterback Colin Kaepernick and citing a quote from Dr. Martin Luther King, Jr., she added: "Like many before, I respectfully kneeled during Nat’l Anthem because, 'No one is free until we are all free'." 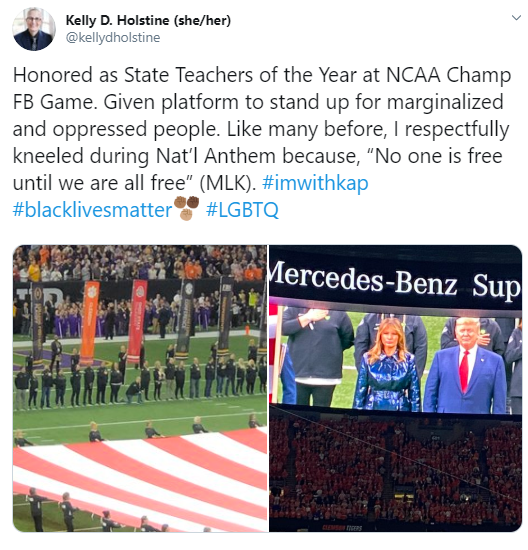 On Thursday, January 16, she had an interview with Forum News Service, where she said she was nervous as she knelt and her leg was shaking, but exercising her First Amendment right "felt like the right thing to do."

"Not everybody is given the opportunity to express their feelings in the way that I was," she said. "I take that responsibility really seriously."

In a recent TedTalk she gave, Holstine said, "It's not enough for educators to just be allies. They need to be advocates, too." Holstine told Forum News Service that to not take her opportunity to advocate on the national stage before Monday's game "would feel really hypocritical of me."

Holstine planned her protest in advance. Early in the morning of the game, she said she sat in her hotel room and wrote down her reasons to kneel. 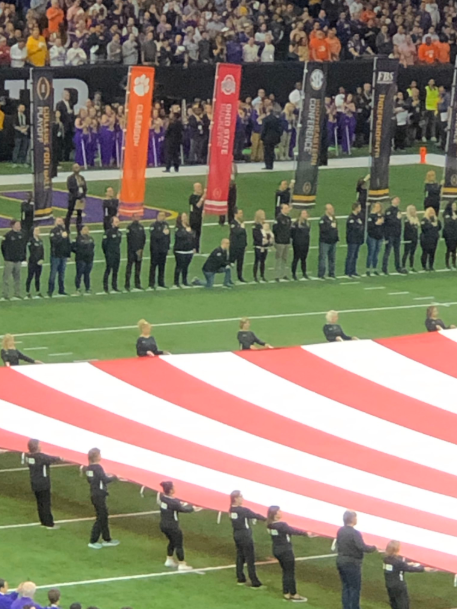 She wrote: "I will stand for the flag with my hand over my heart when marginalized and oppressed people feel free; when our educational equity gap is eliminated; when we stop harming people due to their race, ethnicity, sexual orientation or gender identity or expression and/or their status as a citizen; when we stop supporting political leaders who are xenophobic, homophobic, racist and trying to take away the rights of women; when we start taking better care of our animals and our environment; and when our country serves the needs of all its inhabitants. Then and only then will I proudly stand for our flag with my hand over my heart."
Tags
VIRAL PHOTOS