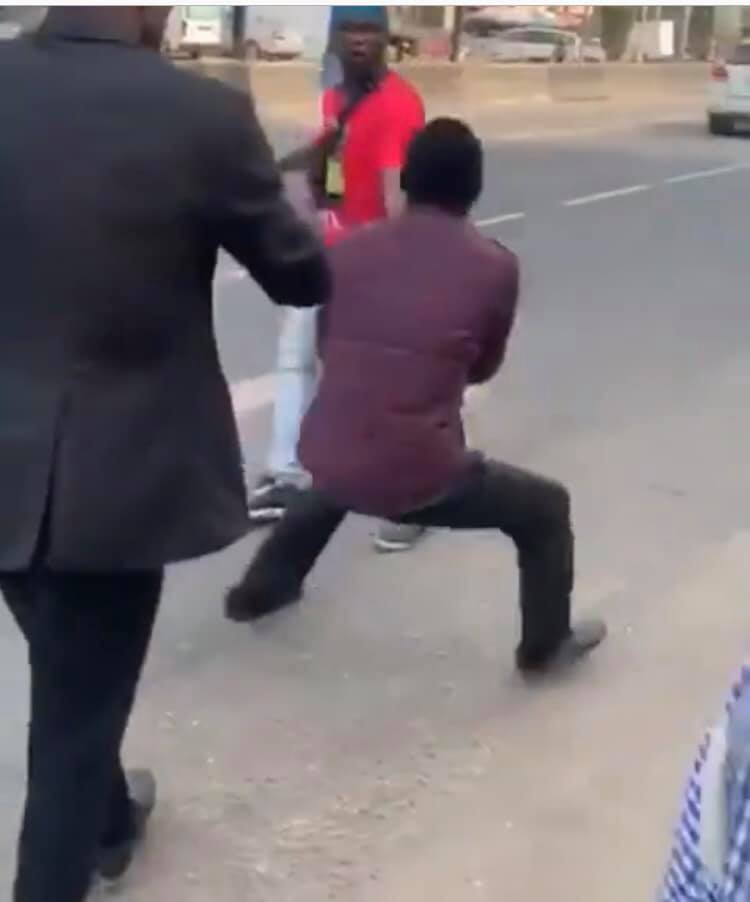 Speed Darlington was spotted in a viral video fighting with a commercial motorcyclist popularly known as Okada in Yaba area of Lagos.

According to eyewitnesses, the singer got into a fight with the Okada man for stopping before the end of his journey to pick up something.

Few seconds into the video, Speed Darlington was spotted fleeing after forcefully securing his bag from the Okada man he was dragging it with.

Here is the viral video below;