A debate about double standards and keeping pubic hair has ensued after social media influencer Chidera Eggerue, popularly known as The Slumflower, shared a photo of her unshaved private part.

The Slumflower posted a photo of her pubes to Twitter. She had on a skimpy bodysuit that did little to cover her lady parts and the hairs there were visible in the photo.

In her caption, she spoke about societal standards of beauty and how women are shamed and called dirty for letting the hairs on their body grow. She added that women are expected to shave every hair on their body to have skin that looks like a baby's own. 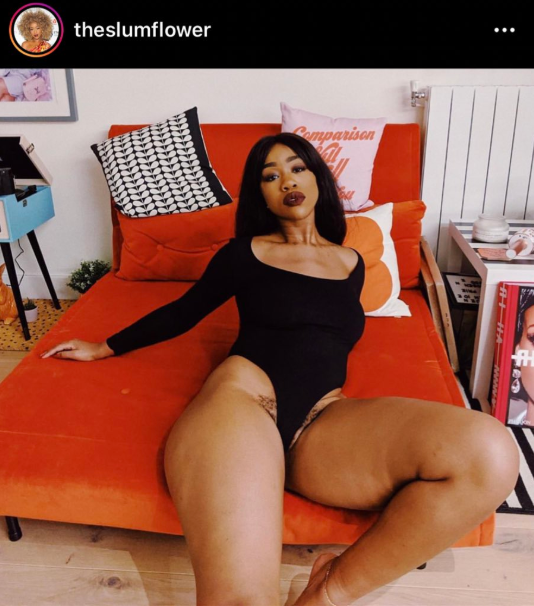 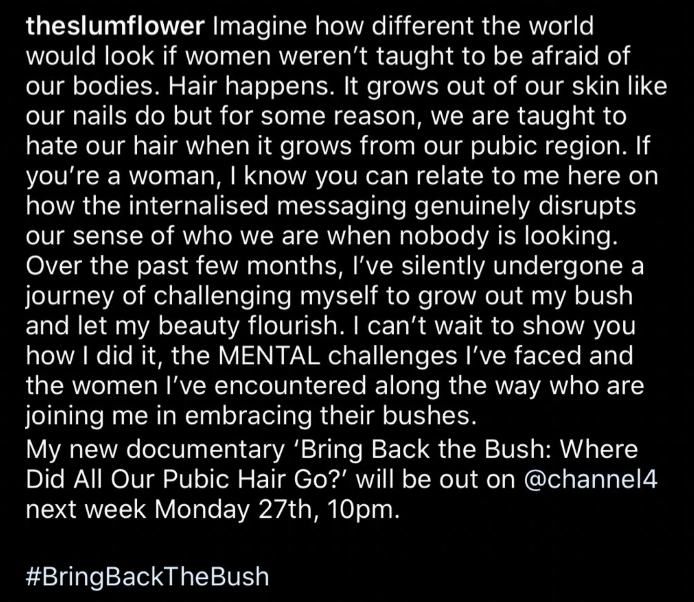 After she shared the photo, there were mixed reactions. Some called her dirty and called her out for keeping her pubic hair.

Others defended her, arguing that the same men who shame her and other women for not shaving are the same people who go about without shaving the hair in their nether regions too.

Some argued that it is understandable when men keep hairs on their bodies but not so for women. This led to a conversation about double standards as Twitter users asked if hairs are only considered dirty when allowed to grow on women's bodies. 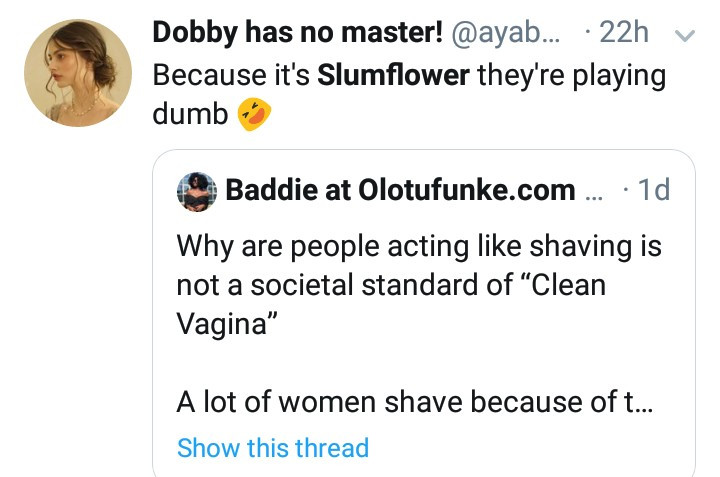 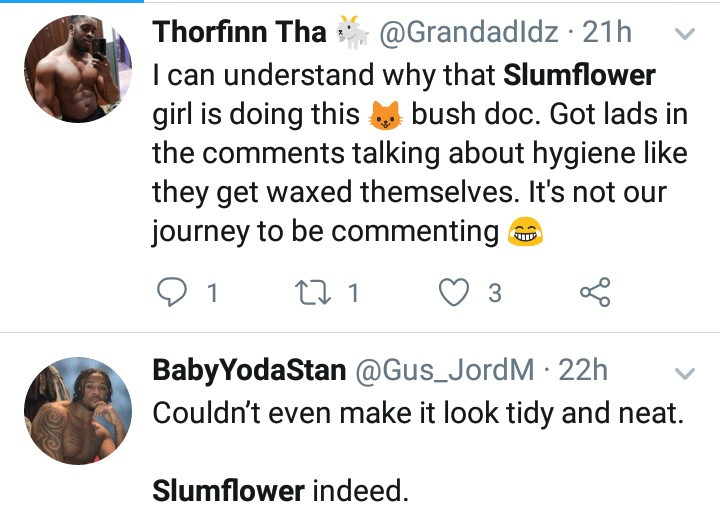 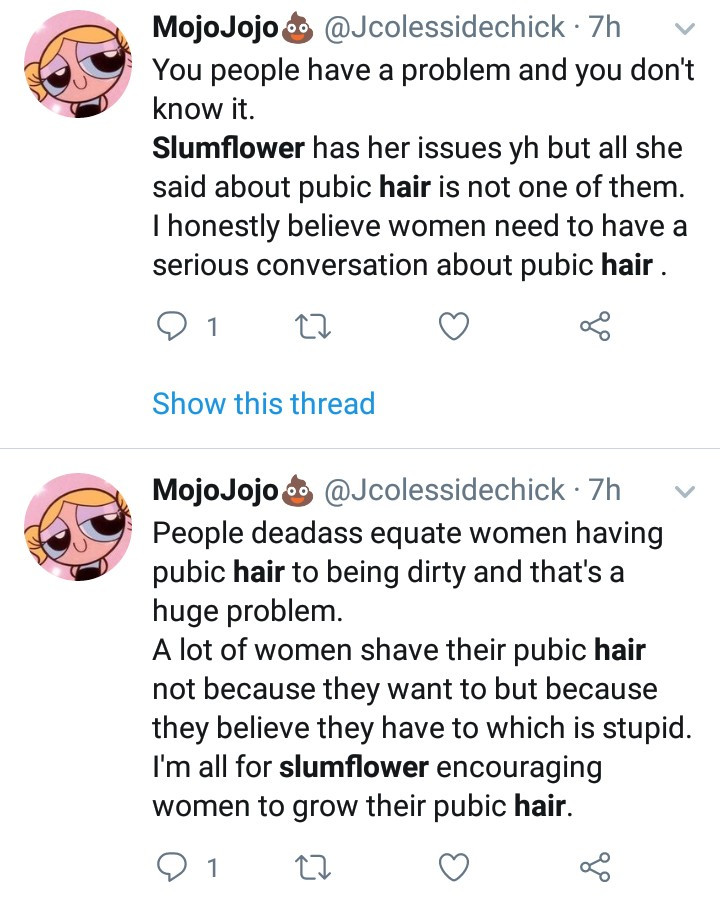 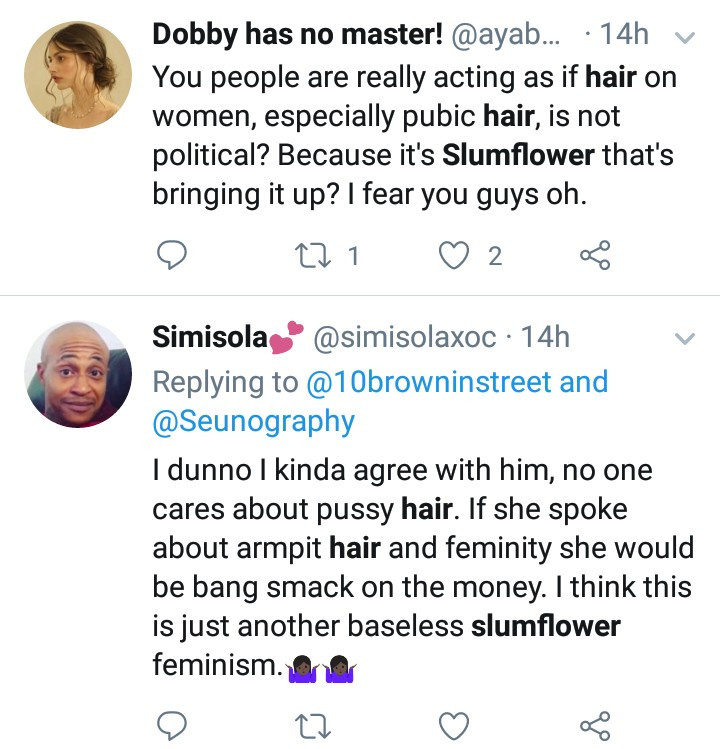 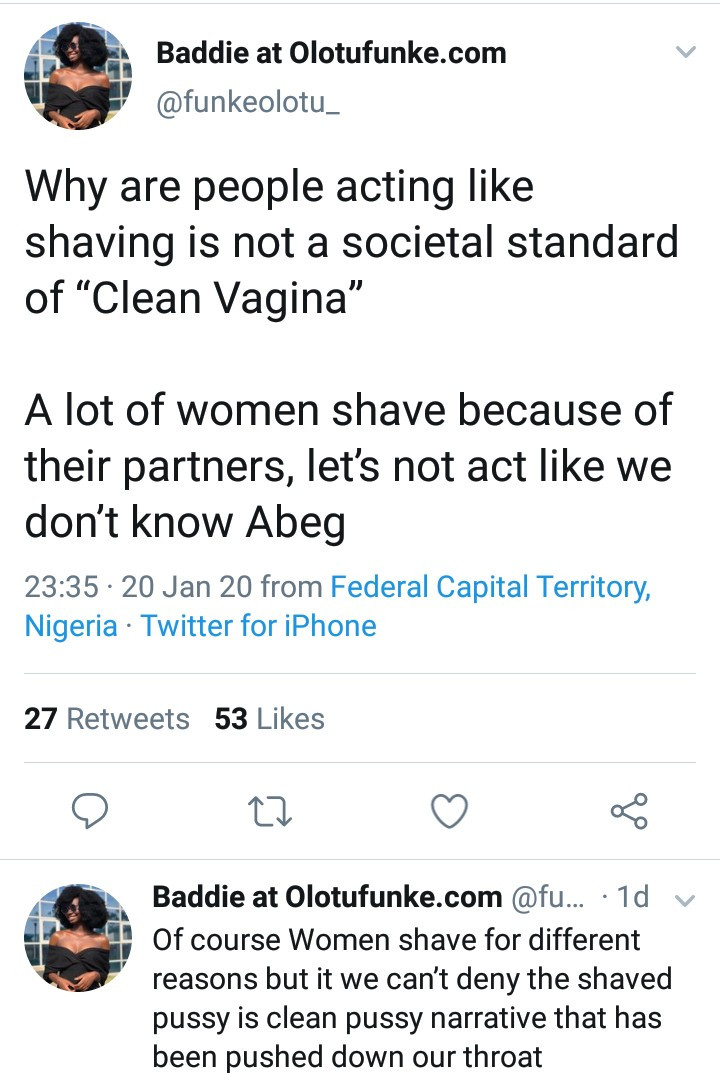 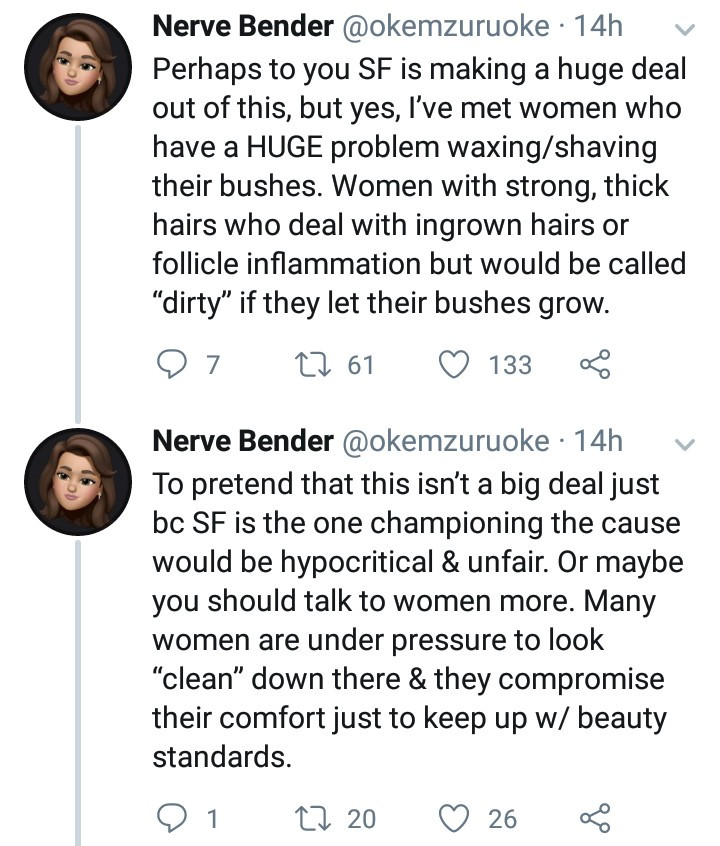 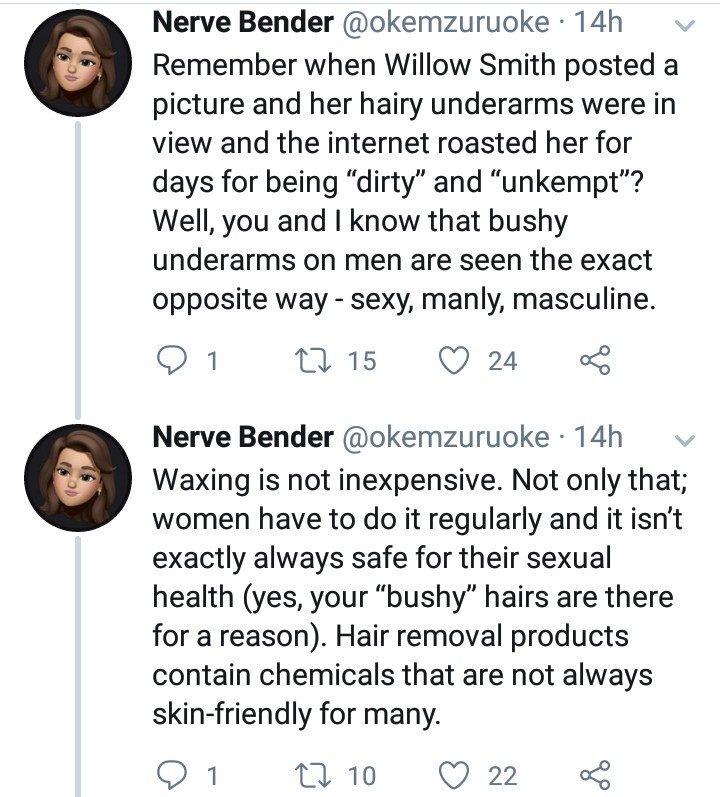 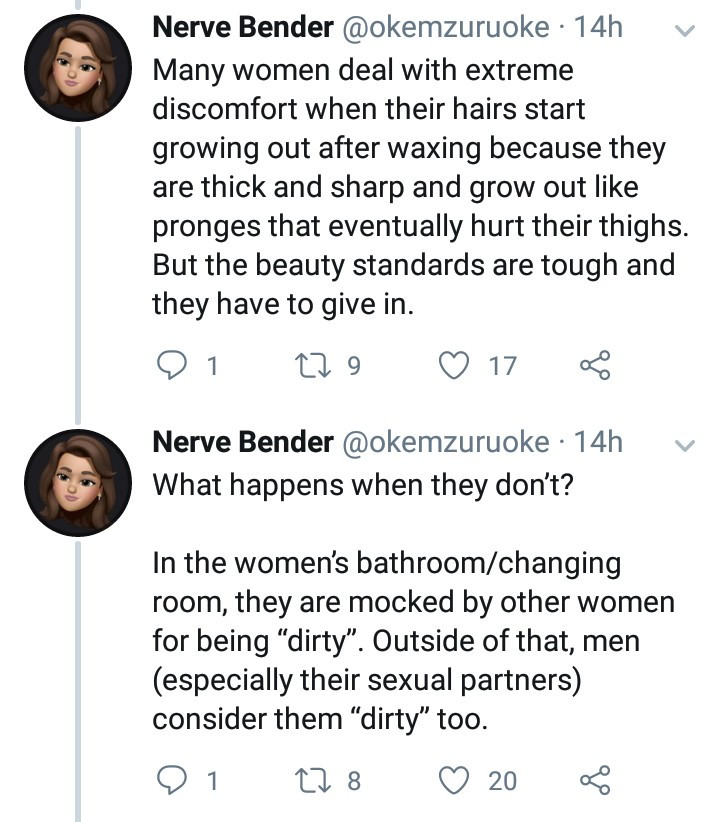 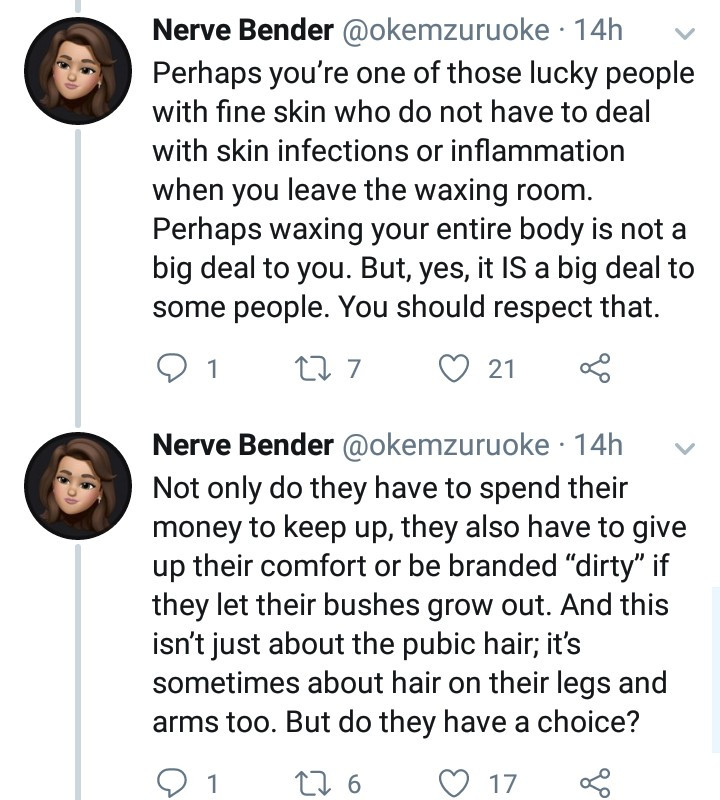 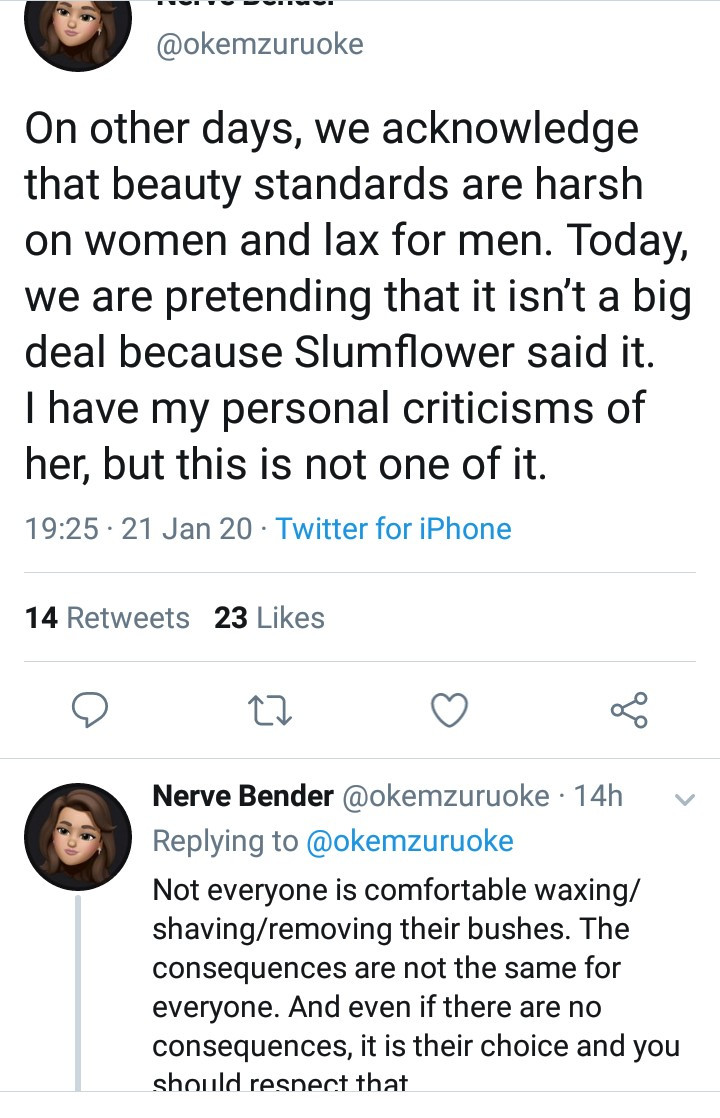 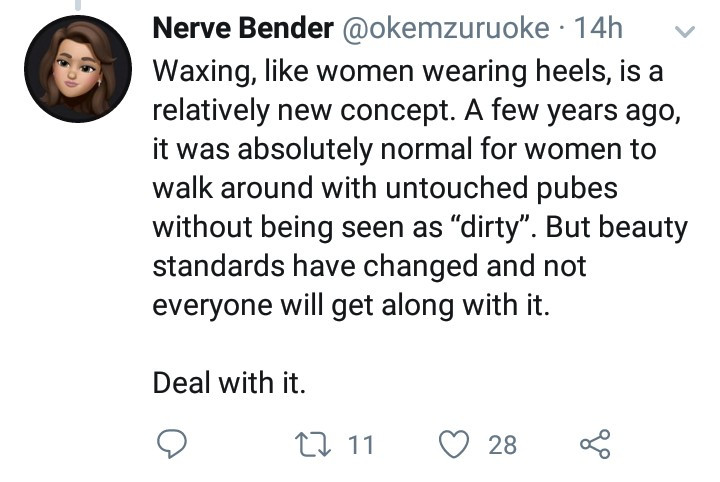