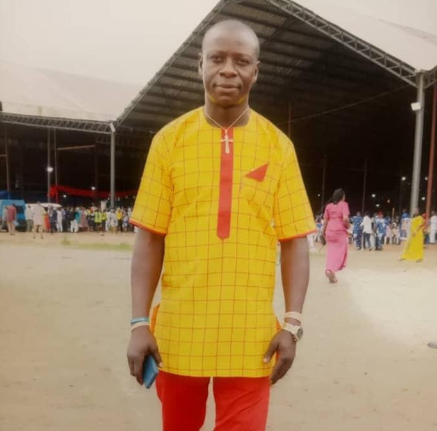 Nigerian journalist, Comrade Phil, has accused men of the Nigeria Police force, Rivers state command, of beating his mechanic, Chima Ikwunado, to death after falsely accusing him of robbery.

According to Comrade Phil, he gave his car o Chima to repair and after the repairs, Chima and some of his other mechanics took his car and that of another customer for testing. However, they decided to drive against traffic and they were caught. He alleged that Chima and the other mechanics were taken to the police station where they were beaten and accused of robbery. He alleged that Chima who just got married six months ago and has a pregant wife, died while the police officers were torturing him.

Read the sad story below

#JusticeForChima: Police Kill Innocent Mechanic, Falsely Accuse and Torture Colleagues In Port Harcourt
This story will leave you in tears... I had to call the victim's brother to be sure this was real. He cried as he narrated how his brother was tortured to death at the Mile one police station. I cried listening to him. But I will not only cry, I will push for justice for this poor soul and his family.
Full story as narrated by the man that gave the mechanic his car to repair before the police killed him.
EAGLE-CRACK(a.k.a E-CRACK) POLICE MILE 1 PHC RIVERS STATE KILLS INNOCENT MECHANIC AND SENDS 4 INNOCENT PERSONS TO PRISON

Chima Ikwunado (RIP)
See photos of the deceased,Chima Ikwunado, his boy and his wife.
Share this and tag the Nigerian police until we get justice for Chima.