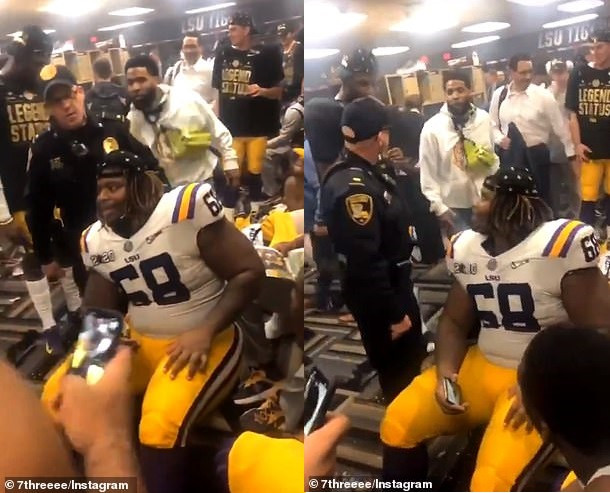 The New Orleans Police Department has obtained an arrest warrant for Cleveland Browns star wide receiver Odell Beckham Jr. on a charge of misdemeanor and simple battery.
The 27-year-old NFL star was seen in a viral video slapping a male security guard's buttocks while celebrating the LSU's national title, his alma mater won over the Clemson Tigers on Monday night.
The Superdome filed the complaint with the NOPD on Tuesday, police spokesman Gary Scheets said. Asked whether the arrest warrant was related to the video, which was widely shared on social media, Scheets said, "Judge for yourself."
Superdome spokesman Alan Freeman declined to provide details, issuing a statement on behalf of venue management company ASM Global: "We are aware of the video from the LSU locker room and are conducting an internal investigation and will have no further comment until that investigation is complete."
The Browns have been in touch with Beckham and his representatives about the matter, the team said in a statement.
"They are cooperating with the proper authorities to appropriately address the situation," it said.
In the video below, the man in uniform was seen confronting LSU offensive lineman Damien Lewis when Beckham walks up behind the male security guard and slapped his buttocks.
Watch the video below