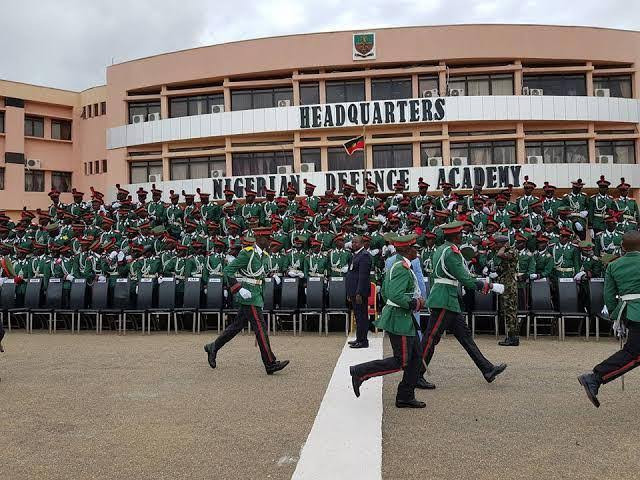 The Nigerian Defence Academy (NDA) on Friday January 24, announced the expulsion of some cadets found guilty of misconduct.

The statement read in parts;

“The recently concluded dossier review resulted in the relegation and withdrawal of some cadets found wanting in discipline and general misconduct. This is in line with the NDA’s continued demonstration of its commitment to produce quality officers for the Nigerian Armed Forces and to ensure that discipline is preserved.
“The exercise which is in line with provisions of the cadets’ hand book on discipline and General Administration 2018 (revised) and Armed Forces Act CAP A20 Laws of the Federation of Nigeria 2004 aims to achieve the mission of the academy to provide each officer cadet the requisite knowledge, skills and values necessary to meet the requirements of a military officer through military training, academic excellence and character development."