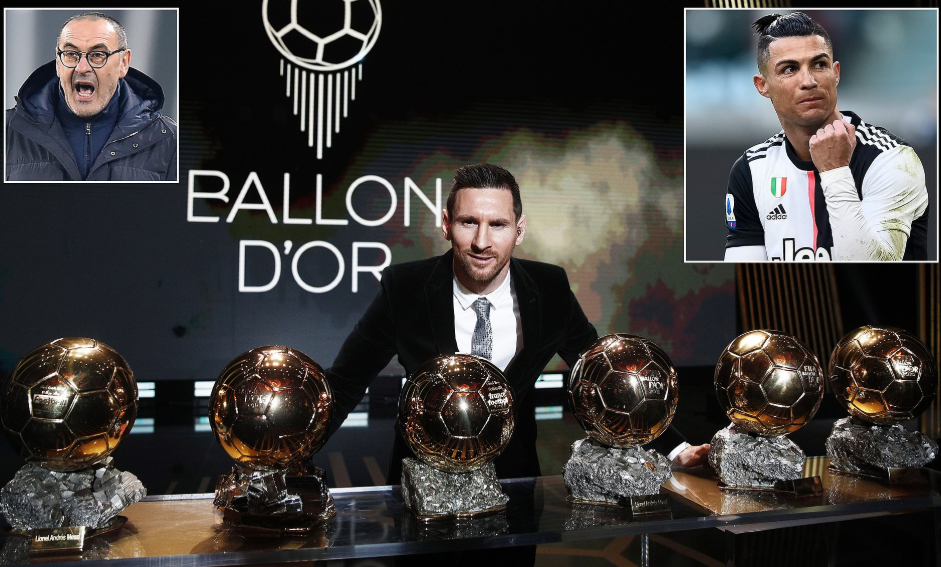 Last year, Lionel Messi won his sixth Ballon d'Or and broke ties with his arch-rival Cristiano Ronaldo after they dominated the prestigious annual honour for the last decade.

Maurizio Sarri, the coach of Juventus has now said that he is not happy that Lionel Messi has won the coveted award one more time than his forward, Cristiano Ronaldo.

According to the Italian coach, it is 'really annoying' and he is determined to help Cristiano Ronaldo win another Ballon d'Or.

'I would like to help Cristiano win the sixth Ballon d'Or first,' Sarri told reporters after their win over Udinese.

'It's really annoying thinking that someone won more [Ballons d'Or] than him. I think about him and I think helping him, it is my goal and the goal of the team. It is right for him.'

Sarri also tipped Paulo Dybala to challenge for the award in the future.

'Dybala is going to be one of the contenders in the next years. I think so,' Sarri added. 'Dybala is a top player. As every top player when they are becoming confident and having the right age, they are playing like a top player.

'I don't think a manager can teach something to a top player. Dybala is going to leave a mark in the world and European football in the next years.

He has got the right age to leave a mark and he's still got many years of his career. He is really confident in this moment after a few difficulties in the past.'