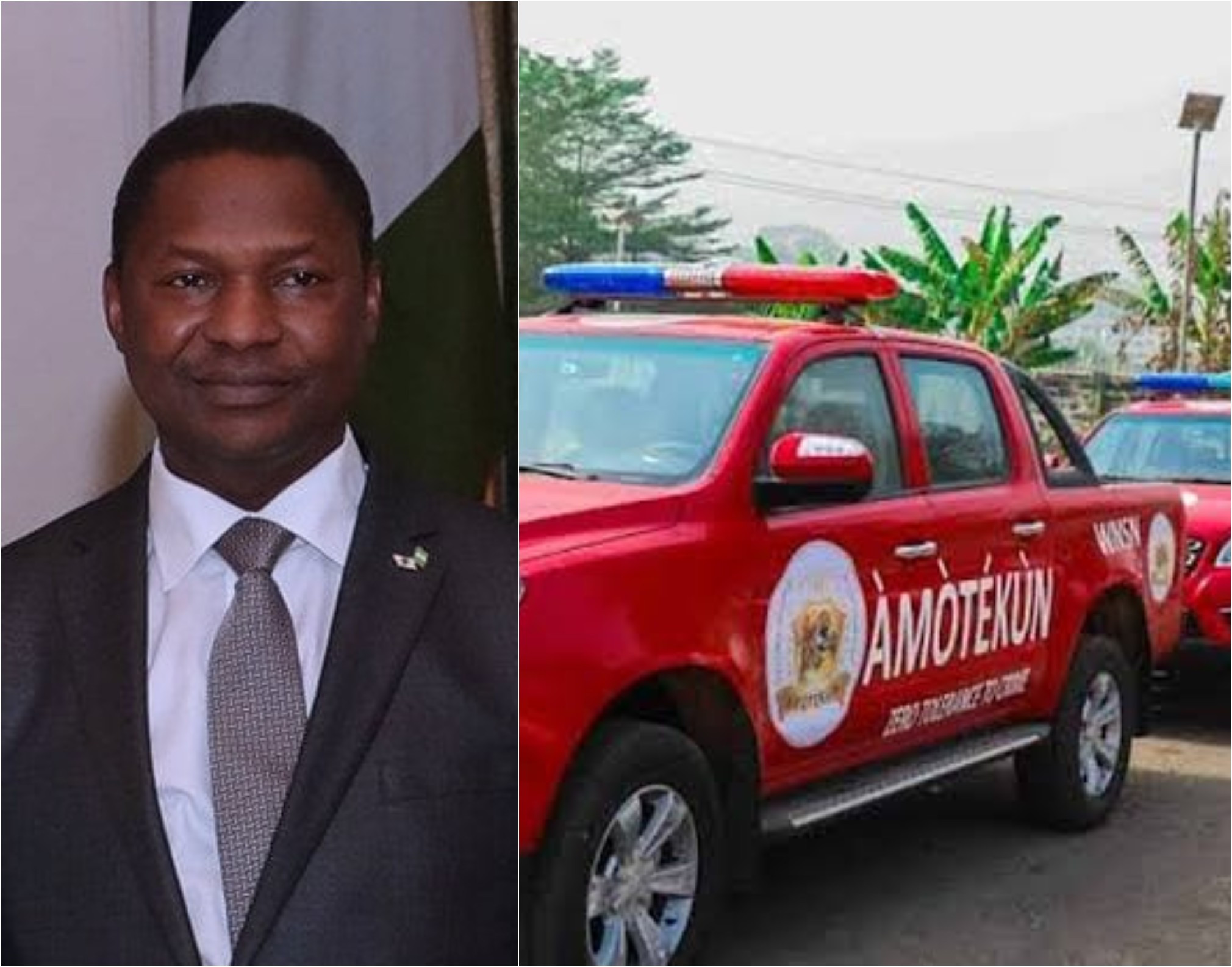 Abubakar Malami, Nigeria's Minister of Justice and Attorney General of the Federation has denied reports of him declaring Amotekun, the South-West security outfit "illegal".

Speaking to Radio Nigeria Abuja on Thursday, January 23, Malami alleged that he was misinterpreted.

The Minister said his statement was just a piece of advice to South-West Governors to use their power and the houses of assembly in their different states to enact a law that will make the operation more effective.

“I was misinterpreted on Operation Amotekun. I did not say it’s illegal.
“I said the Operation Amotekun should be properly backed by law, so if at the end of this government, if the operation has been backed by law, any government that eventually succeeded this government would not rubbish the operation.
“I said if they failed to enact a law in support of Amotekun in the South-West Region of Nigeria, another government can come and say it’s illegal and this is because it is not backed up by any law.
“So, it is just a piece of advice to the state governors to use their power and the State Houses of Assembly in their various states to enact a law that will make the operation more effective.”

In a statement released by his media aide Dr Umar Gwandu, the Minister was quoted saying that the constitution does not recognize regional security architectural arrangement.

The statement read in parts;