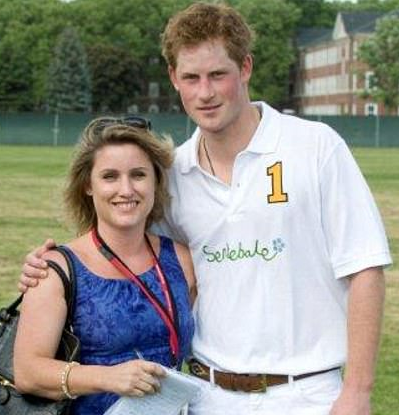 Rebecca English, a journalist who has accompanied Prince Harry around the world for 15 years, has written an article that gives an insight into the Prince's life and how he's always wanted to walk away from it all".

In an article for the Daily Mail, Rebecca spoke about Harry, how warm and generous he is, and how he struggled with his life as a royal.

She told of how he was obsessed with what the media says about him and would devour articles and read comments to see what people said about him.

She said he constantly said he wanted to leave royal life and the media scrutiny and move someowhere to Africa to be all by himself. But he also wanted to enjoy the priviledges and wealth, such as the houses and money that came with his status.

She goes on to say that Prince Harry was "never been blessed with intellectual intelligence" but added that "he has an emotional intelligence that few in the Royal Family can match."

She told of how he was kind to her and was there for her when her son was sick. But she claims all that changed when he met Meghan Markle and since then they've barely exchanged a word. She adds that when she congratulated him after it was announced that he was expecting a child, he "just scowled."

Read part of her article below.

Back in 2006 I was on my first visit to Lesotho to learn more about the work of Prince Harry’s new charity, Sentebale.

Sitting at the side of a dusty field on which a new school for Aids orphans was being built thanks to the charity, frantically tapping out my story on my laptop, I became aware of someone looking over my shoulder.

Although I slapped his hand away and told him not to be ‘so bloody nosy’, he hunkered down next to me, both of us exhausted after our flights and covered with dirt.

We chatted for a while about ourselves, why he was so determined to use his fame to continue his mother’s work in breaking the stigma around the issue of HIV and Aids — and how much, no offence personally, he said, he hated the spotlight.

I will never break the confidences that members of the Royal Family have occasionally shared with me, and I certainly would not want to overstate the level of day-to-day interaction between members of the media, such as myself, enjoy with them.

But I do feel that such incidents offer us insights into the sorry state of affairs we have witnessed in recent days.

Harry has never worn the mantle of royalty easily. He’s always just wanted to be one of the boys (albeit just one with deeper pockets and more houses than most).

Several times during our travels around the world since that Lesotho interlude — Nepal, New York, the U.S. and other African countries to name but a few — he has spoken to me about how he would just like to walk away from it all.

Until he settled down with Meghan, his biggest wish was to go off and live in Africa.

‘I would love to just go and work as a tour guide, you know? Just go off into the bush and be me,’ he would say.

But you had to have sympathy with him, regardless.

How would any of us feel having their life not only mapped out in front of them, but largely played out on a stage for public consumption?

That can’t be easy — and I would often tell him that I wouldn’t ‘swap my humdrum London life for his, ever’, which would prompt a wry smile.

And yet it could also be intensely irritating listening to a young man given every privilege in life, a young man who would never have the pressure of working for a living as the rest of us do, never have the worry of job security and a mortgage hanging over our heads, talk about his lot in this way.

It was clear that his idea of ‘just wanting to be normal’ wasn’t anywhere near the same normality the rest of us experience.

It was wanting to live his very privileged life without the irritation of public and, particularly, Press scrutiny.

On the issue of the Press, it has been interesting to see, in recent days, a procession of so-called experts and pundits parade across the screen pontificating about a man they have never met (unlike the Daily Mail’s stable of royal writers, I should stress).

Many have lamented how sorry they are to see the back of the easy-going Harry they all know and love, reminiscing fondly of how he would happily accommodate journalists on trips, buy us drinks and share a few moments of bonhomie.

All of which was true, but never be fooled for a second that he enjoyed it — or even wanted to be there. Rightly, his put-upon media advisers considered this all part of his ‘training’ as a senior royal, but it was clear to everyone concerned that it was an uphill battle.

All too often he would grill me about what I, or another member of the media, had written about him. His honesty was welcome and refreshing, interlaced with snippets of intelligence about his family, girlfriends, love for the military — and everything in between. But he would also talk about the supermarket magazines he picked up, voraciously devouring every article about his love life, riddled as they were with falsehoods.

In recent years he had even taken to scouring online articles and the comments underneath.

‘If it’s being said about me, then I want to know it,’ he would say, pretending to hold a notebook and pen. ‘One day I would really love to have my own newspaper column so I can write the truth and tell people what I think.’

It wasn’t a healthy way, in my opinion, to approach the admittedly intense public interest in him. And I told him so.

Well, social media has offered Harry the chance to have his ‘own column’ now, albeit one that largely offers sanitised ‘propaganda’ with little independent insight into who he (and now Meghan) are and what drives them.

Harry has never been blessed with intellectual intelligence — and I mean that in the nicest possible way — but he has an emotional intelligence that few in the Royal Family can match.

Working with him first hand, I never ceased to marvel at his instinctive ability to connect with people, a beacon for those — like him, I would venture — who had a piece missing, or who just needed a hug.

In Nepal in 2016 we visited a hospital for children with horrific burns, many as a result of falling into open cooking fires in camps for people displaced by a recent, devastating earthquake. I pride myself on being a professional, but I would challenge anyone to witness, as we did, a little girl screaming in pain, swathed in bandages after suffering 80 per cent burns over her little body, and remain unaffected. 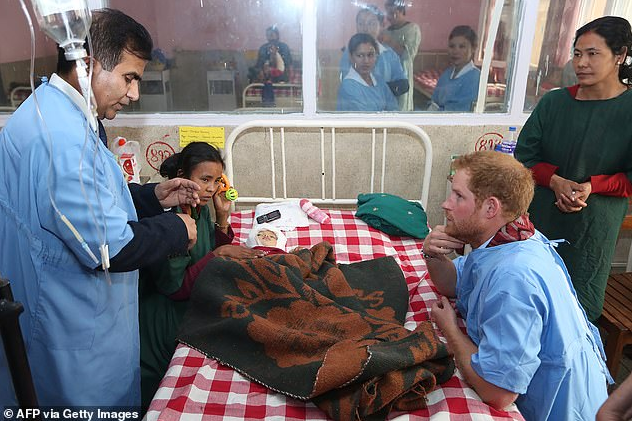 I found it particularly difficult as, unbeknown to Harry — or so I thought — I had spent the past 12 months in and out of hospital with my own son who was suffering from an unknown condition.

I won’t lie, tears began streaming down my face.

Nevertheless, I carried on observing Harry’s intuitive empathy, knowing exactly what to do and what to say, and interviewing the brilliant, passionate and dedicated nursing staff afterwards.

Later that night my phone rang as I was about to leave my hotel for the airport.

‘Who?’ I replied distracted, throwing my clothes into the suitcase. ‘Um, Harry.’

He told me he had watched me that afternoon, clearly upset, but getting on with my job.

‘You were so incredibly professional, I don’t know how you do it as a mother. I find it difficult enough, let alone as a parent,’ he said.

Then he told me that one of his protection officers, with whom I had been chatting about our respective families earlier, had told him about my little boy and how I was leaving the trip a day early to get back in time for yet another hospital appointment.

‘I have to go into a reception but I just wanted to say how amazing I thought you were today given everything you are going through and say I’m thinking of you,’ he said.

Needless to say, I was deeply touched.

Four months later he met his future wife. And the truth is, we have barely exchanged a word since.

Are the two events connected? Who knows, but, of course, I suspect yes.

When I congratulated him on the happy news that he and Meghan were expecting their first baby while covering the tour of Australia in 2018, he just scowled.

*The rest of the article can be read on the publication's website.
Tags
CELEBRITY