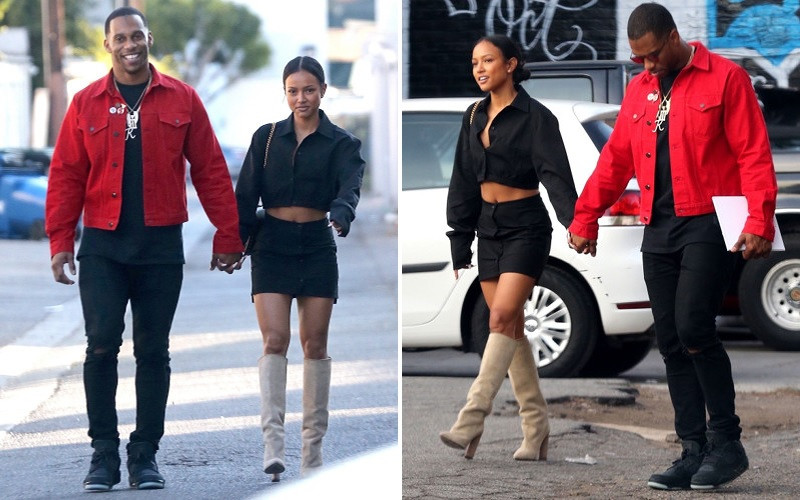 During an appearance on The Wendy Williams Show on Thursday morning, the ex-New York Giants wide receiver confessed his love for his woman and admitted that she is enough for him to marry her.

When Wendy Williams asked Victor if he wants to get married in the future, he replied: “I do,” to which Wendy then asked if he “loves” Karrueche enough to marry her. “Absolutely, absolutely,” the Super Bowl champ gushed, which prompted Wendy to ask if he wants more kids.

Victor, who is already a dad to 8-year-old daughter, Kennedy Cruz, who he shares with his ex, said: “I do [want more kid],” noting, “I want my little boy, I need my football player.” However, if he were to have another girl, “I’ll love her same,” he assured.

Wendy congratulated Victor “on the upcoming baby,” but a confused Victor said: “What? I only got one [child],” he said. Wendy elaborated, “Dispel the rumour, that’s why you’re into it!”

The host was referencing a meme Karrueche shared on social media on the day after Christmas.

“Congratulations, what is it?” the text on the meme read. “Me: food,” the text continued.

“She is not pregnant,” Victor confirmed .“Obviously, she posted something [on social media],” he said. “Just to make it clear, we’re not pregnant.”

On how they met, the former NFL star said: “And, we had always kind of been friends,” the Pop Of The Morning host said. “I would always see her around and we would always have conversation. As I got reintroduced to her through a mutual friend, I was like, ‘Man, I gotta take a shot at this. If I want her to be my girl, if I want to take her seriously, I gotta take a shot.'”
Tags
CELEBRITY