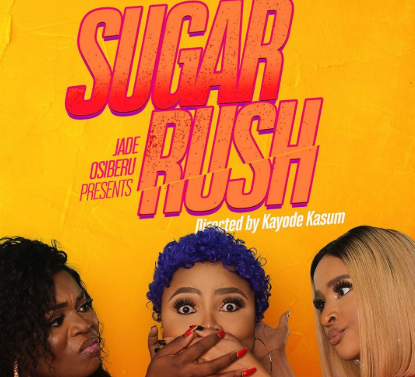 The National Film and Video Censors Board NFVCB has returned to the cinemas, the movie 'Sugar Rush''.

NFVCB announced the return of the movie on its Twitter handle some hours ago.

The film tells the story of three sisters who accidentally discover  (N288m) in the house of a corrupt man. Adesua Etomi-Wellington, Bisola Aiyeola, Tobi Bakre and many others feautered in the movie which was produced by Jade Osiberu.