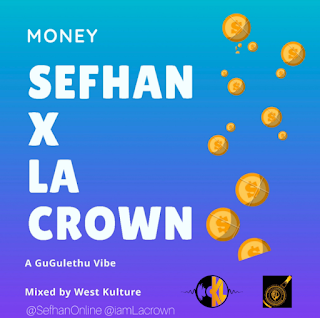 In anticipation of his forthcoming EP, Afro - House / Gqom music artiste Sefhan gives us a smash hit off the Fhanknight Vibe series titled Money.
As we all know Money is an essential part of living like they say money makes the world go round,on this song he talks about the lavish lifestyle and how it can only be achieved by having money.
Money is a cover to the popular South African Dj/ producer Prince Kaybee smash hit Gugulethu and features indigenous rapper and hit maker La crown !​
Song was mixed by West Kulture and is released under the CKL imprint.