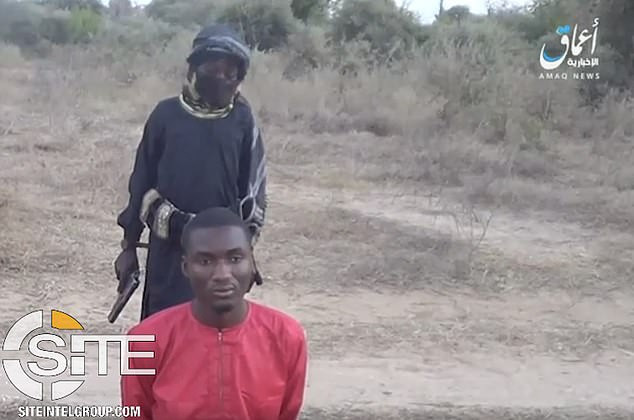 A video which showed an 8-year-old boy who belongs to a Boko Haram faction called the Islamic State West Africa Province (ISWAP), executing a Christian hostage in Borno State has been released by ISIS’s Amaq news agency.

The video was released just after the Christian Association of Nigeria (CAN) Chairman in Michika Local Government Area of Adamawa State, Rev Lawan Andimi was executed by another faction of Boko Haram.

In the horrific footage shared, the boy was heard saying "We won't stop until we take revenge for all the blood that was spilt".

Commenting on the video, Rita Katz who is the Director of SITE Intelligence Group which is an organisation which tracks the activities of jihadist groups, said it is not just another piece to ISIS’ honed-in targeting of Christians of recent years, but also a throwback to its older propaganda from Iraq and Syria of brainwashed children carrying grisly executions.

See her tweets below; 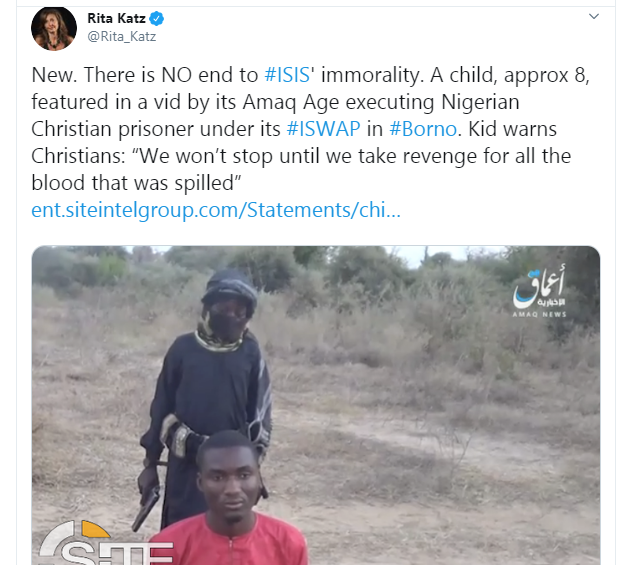