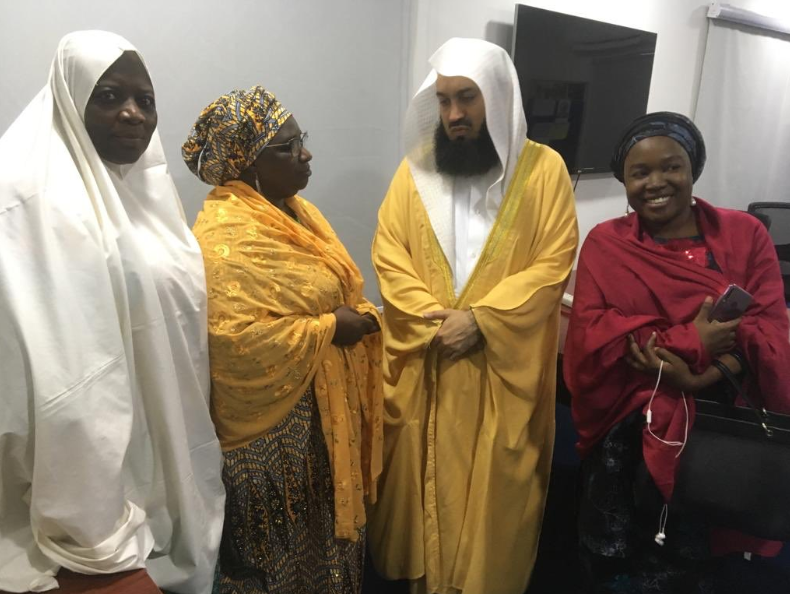 Dr. Hadiza Sabuwa Balarabe, the Deputy Governor of Kaduna State, attended an event fully covered in native attire and a veil across her chest. But a Muslim man felt her chest was not well covered and he criticized her for it.

She shared photos from the event and wrote: "This evening, I received renowned Islamic Scholar, @muftimenk. Mufti Ismail Menk inspires millions of people across the globe with his wisdom, balanced approach and great sense of humour."

As Twitter users congratulated her, a certain Nigerian man with the Twitter handle @MusaYUbandoma wrote: "And what does it signifies when you’re not a good practicing Muslim wife/mother, even in the midst of people that are not your Muharram you don’t cover your chest.

"Just reminding you not to be among the “kathiatin ariyatin,mumilatu” May Allah SWT forgive our short comings." 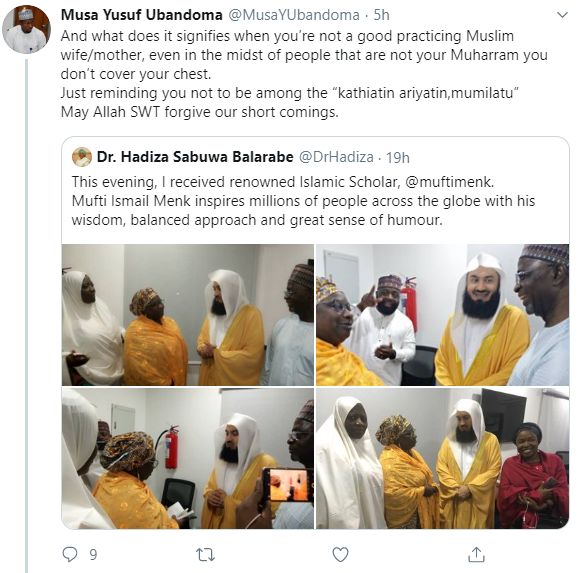 Twitter users called out the Nigerian man for his tweet and told him he's the one who deserves God's forgiveness for looking at her chest.