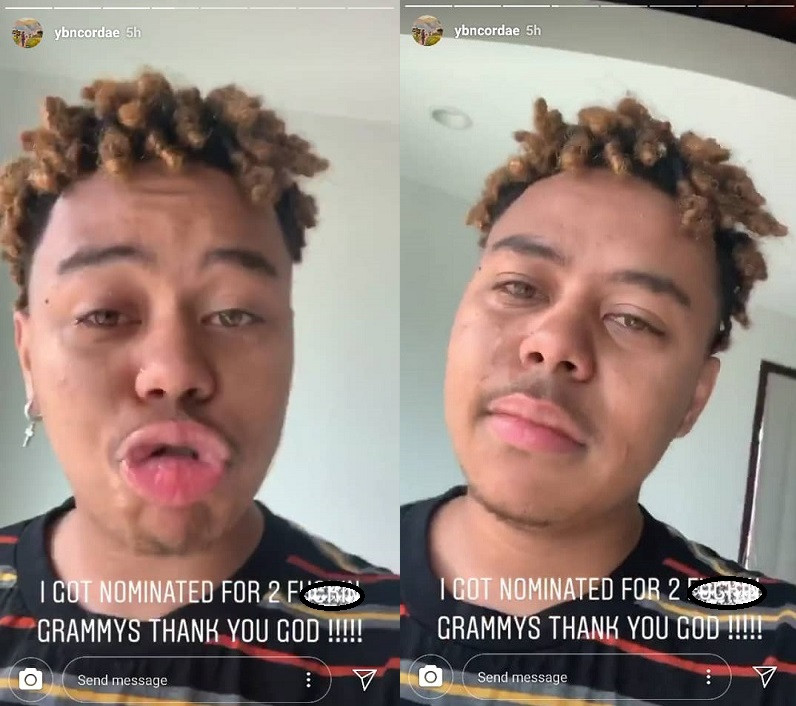 American rapper, YBN Cordae has reacted in disbelief after getting his first two Grammy nominations.

The 22-year-old Maryland rapper whose real name is Cordae Amari Dunston was nominated in the Best Rap Album and Best Rap Song categories for the 62nd Annual Grammy Awards. 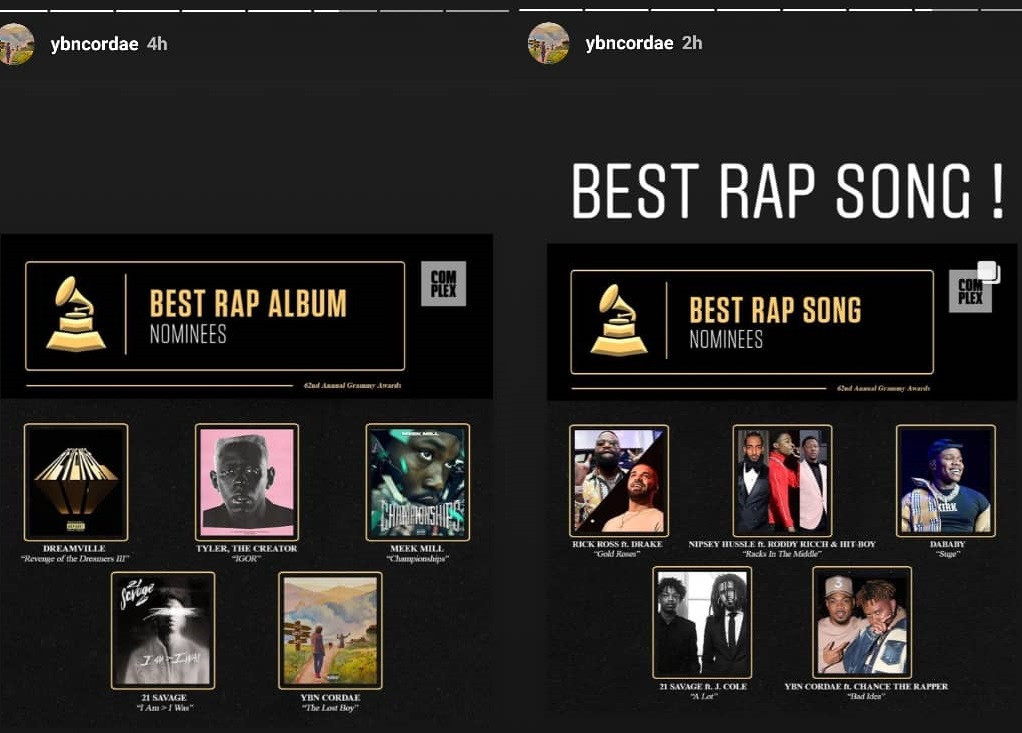 Taking to his Instagram story to react, YBN Cordae broke down in tears in a video he shared with the caption: 'I got nominated for two 2 fuckin Grammys Thank You God!!!!!