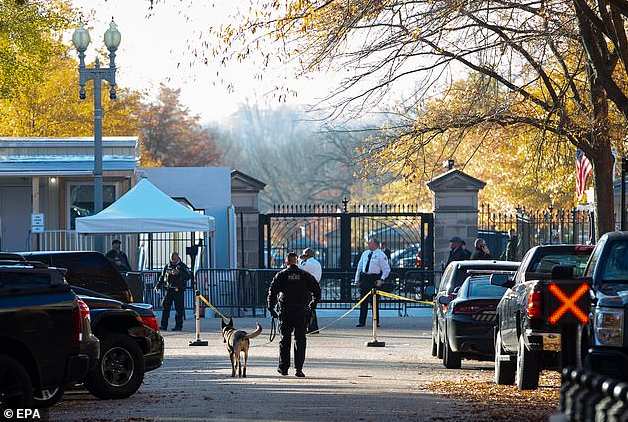 White House and Capitol were put on lockdown as an "unauthorized aircraft" entered Washington D.C. airspace.

Secret Service agents issued a lockdown order at the White House on Tuesday morning, citing a "shelter in place" order for an "emergency" that lasted just over a half-hour.

A U.S. Capitol Police source said shortly before 9:00 a.m. that there was an "unauthorized aircraft" near Washington, D.C. Air traffic control had lost contact with the aircraft, said the source, who didn't know what kind of plane raised government alerts.

According to CNBC, fighter jets were scrambled as a result of the incident. 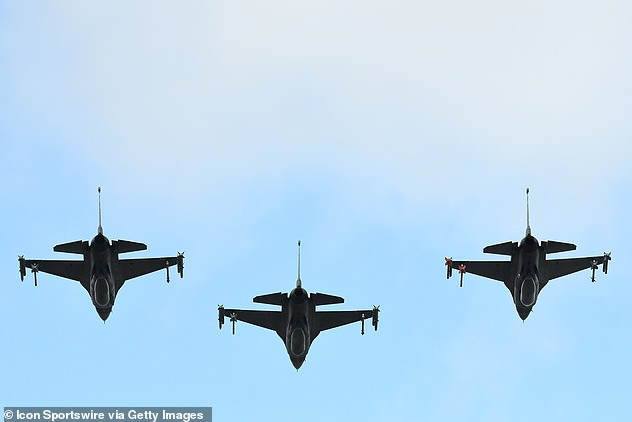 A reporter for The Independent reported seeing movement at a missile launch site near the U.S. Capitol, where similar lockdown orders were issued.

Reporters in the White House press briefing room were told to remain indoors as the drama unfolded, and the door was locked from the outside.

Construction workers building a replacement fence on the north side of the presidential mansion were evacuated shortly after 8:45 a.m.

"They said, 'Everybody get out.' Just like that," one hard-hatted worker told DailyMail.com. 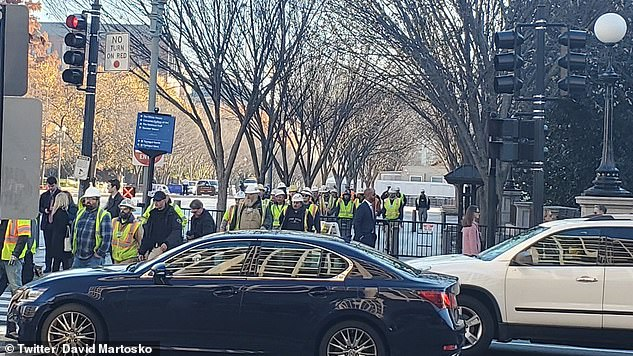 "It's 'shelter-in-place'," a uniformed agent patrolling on the west side said.

After construction workers were evacuated, West Wing staffers were next to exit in smaller, straggling numbers.

When asked what led to the evacuation, one of the women said: "Don't know. They don't tell us. They just said to go."