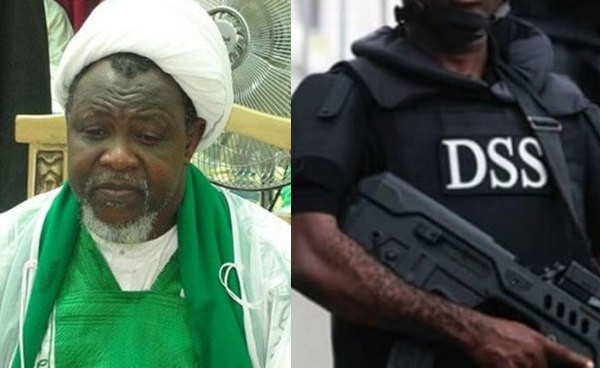 The family of embattled leader of the Islamic Movement in Nigeria (IMN) Ibraheem El-Zakzaky, has alleged that they have been extorted and exploited in order to get medication across to him.

The IMN leader's brother, Badamasi Ya’akub who spoke at a press conference in Abuja slammed the Department of State Service (DSS) over its comment of El-Zakzaky and others opting to remain in its custody instead of prison.

“Last Friday the 15th of November, another statement was released by a public relations officer of the State Security Service in which justifications were offered for the continued illegal detention of what they referred to as notable Nigerians,” he said.
“With the names of Sheikh Ibraheem El-Zakzaky, Colonel Sambo Dasuki and Omoyele Sowore were specifically mentioned.
“The claim is that the SSS runs what can be best described as 5 star level of accommodations of international standards, for its illegally detained detainees; at the detainee’s explicit request.
“Detention centres that are preferable to all forms of correctional centres; designed to host alleged criminals. According to them, these imprisoned individuals have food and water provided by their families. Gymnasium facilities to exercise with and keep in shape.
“The facilities provide access to people and phones for communication, daily newspapers and television to remain up to date, and pristine and prompt medical facilities to ensure standard healthcare and welfare in accordance with international standards. All these luxuries are of a matter of course at the Service’s expense; which is to say at Nigerian’s expense.
“This is yet another in a long line of outlandish claims made by the ‘Service’ to justify its documented role as enforcers of law-breaking in the service of this lawless administration, led by President Muhammadu Buhari.”

Badamasi also alleged that his family has had no phone contact with his brother since he returned from his unsuccessful Indian medical trip.

“No phone contact has been had with Sheikh Zakzaky since their return from the aborted medical trip in India. Sheikh Ibraheem El-Zakzaky receives no daily newspapers of any kind at any time regularly or irregularly,” he said.
“With Certainty, I can say that the last time he saw a functional Television screen was in his house in December 2015 before it was attacked and demolished by the 1st division of the Nigerian Army. As for the gymnasium and other 5-star level amenities mentioned by the ‘Service’. All if any are paid for by El-Zakzaky himself.
“We have been extorted and exploited to keep our flesh and blood as safe as much as we can. But the straight truth is that they can’t read newspapers, they have no access to TV, it takes mountains of hurdles for us to see them, and we pay a ransom worth of money to just send medical supplies through.
“Critically there is no phone. Every time an arm of the administration claims to have spent a certain amount; it is more than over thrice what we have spent.
“We will be readying some LCD TVs, subscribing to Daily Newspapers deliveries, Phone handsets with multiple SIM slots, SSS family request service and refund programmes, so the millions extorted can be proven to have not been spent in vain.”