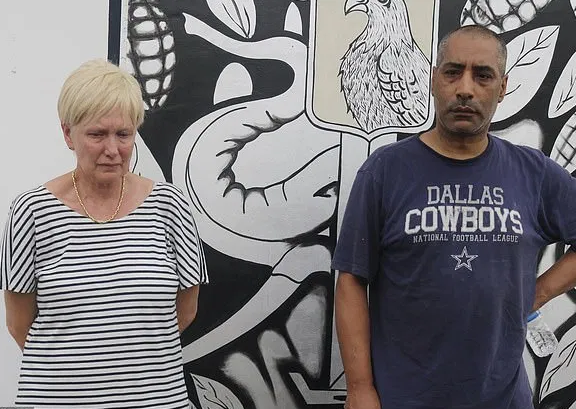 Frenchman Jean-Claude Lacote wanted since 1996 for murdering a British businessman has been arrested in Abidjan, after 23-years on the run.

The fugitive even reportedly hosted a reality TV crime programme and staged an audacious prison break. Lacote, 53, and his wife Hilde Van Acker, 56, were each sentenced to life in their absence for the killing of businessman Marcus Mitchell who was shot twice in the head in Belgium in 1996.

The pair, listed on Europol’s most wanted list, fled Belgium in the aftermath of the murder only to resurface two decades later in Ivory Coast.

Belgian prosecutors will ask for the couple to be extradited from the Ivory Coast. After fleeing Europe, initially for Brazil, Lacote landed up in South Africa where he launched a TV career, hosting ten episodes of a real crime programme Duty Calls, according to a 2016 report in Britain’s Independent daily.

The programme highlighted how the police “dealt with violent criminals and dangerous crime scenes”. After finding himself in prison awaiting trial on a string of frauds, he also escaped when his then-girlfriend Van Acker posed along with others as police officers with fake paperwork, the report added.