UEFA Champions League : Jose Mourinho thanks ball boy after he helped Tottenham come from behind to beat Olympiacos 4-2 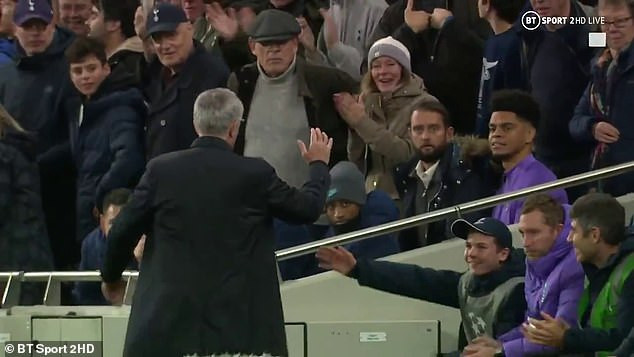 New Tottenham coach, Jose Mourinho has thanked the club's ball-boy for helping to set up Harry Kane's equaliser against Olympiacos after Tottenham dramatically came from a 2-0 result, in the first 30 minutes to end the match 4-2 in Tuesday night's UEFA Champions League clash. 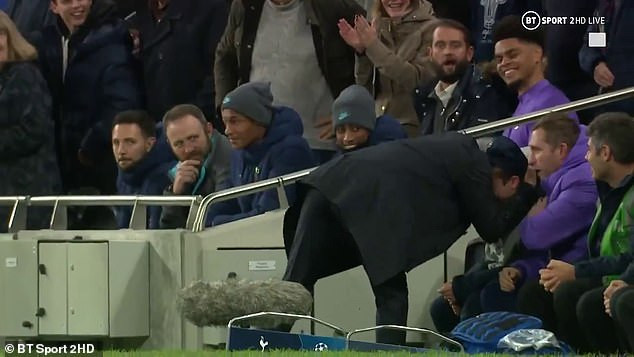 Mourinho starting his first champions league game as manager of Tottenham, must have believed the match will be an easy win for his side, but was left stunned after his side ended the first half with a 2-1 loss
With Tottenham trailing 2-1, the ball went out for a throw-in to Tottenham and the young ball boy raced to throw the ball to Serge Aurier.
Aurier then found Lucas Moura with his throw and the Brazilian crossed for Harry Kane, who slotted home the equaliser.

Tottenham later scored two more goals to end the match 4-2, but Mourinho went to thank the ball boy involved, saying his efforts made them win the match. 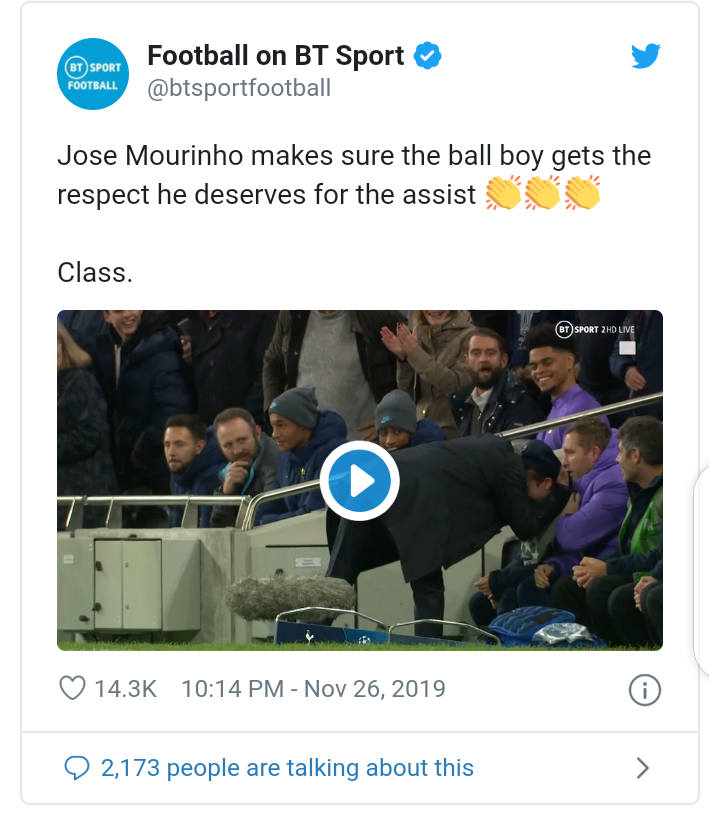 Mourinho, who high-fived and hugged him, praised the ballboy after the game.

Speaking to BT Sport, Mourinho said: 'I love intelligent ballboys. I was a brilliant ball boy as a kid and this kid was brilliant. He understands the game and he got an assist.'
'To do that, you have to be a very good ballboy. I was, between 10-16 years old. The kid is a very good ballboy.
"He reads the game. he's not there just to look at the stands. I tried to invite him to the dressing-room, but he disappeared.'

BT Sport pundit Glenn Hoddle added: 'That was brilliant from the ball boy because he's got another ball in his hand. It's obviously multiball.'

Gary Lineker said: 'Does he get an assist in fantasy football or something?'.
Tags
SPORTS