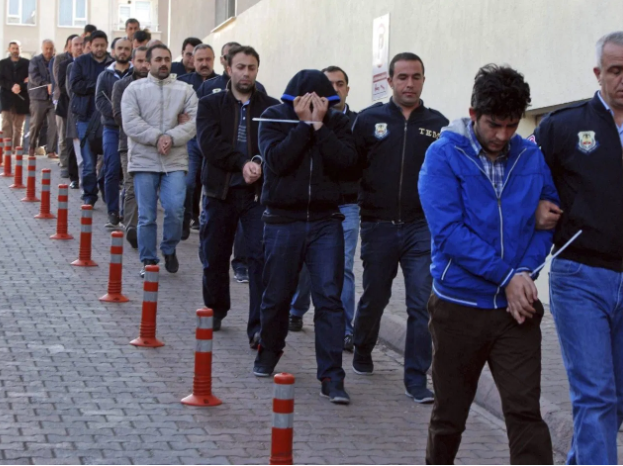 46 people have been arrested and detained by Turkish authorities for allegedly disseminating terror propaganda on social media regarding Turkey’s military operation in north-eastern Syria.

The Anadolu news agency said the suspects were detained in the city of Adana in south-eastern Turkey and were also accused of inciting hatred and insulting the Turkish state. Turkey has been cracking down on dissent over the Syria operation which started on Oct. 9, with several arrests.

The Interior Minister, Suleyman Soylu earlier said that about 500 social media accounts had been investigated for insulting the operation and that 121 people have been arrested. In a separate development, the authorities have also arrested at least 53 people over suspected links to the Fetullah Terrorist Organization (FETO), the group behind the 2016 defeated coup attempt.

The suspects were nabbed after prosecutors in the capital Ankara issued warrants for 92 former Air Force staff dismissed after the defeated coup. The dismissed officers, according to a statement by the top prosecutor’s office, are being probed for communicating via payphones with FETO members.
Tags
NEWS