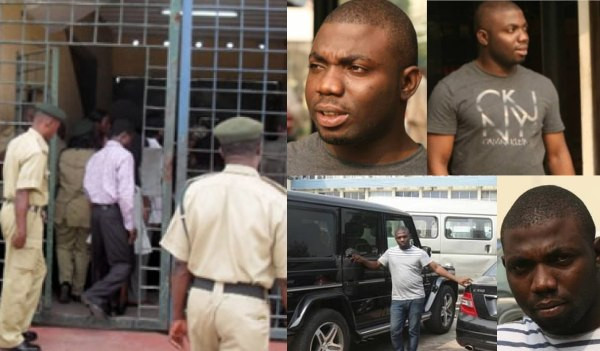 Nine officers of the Nigerian Correctional Service (NCOs) have been suspended by the Civil Defence, Correctional, Fire and Immigration Services Board (CDCFIB) after being implicated in the m scam pulled by off Hope Olusegun Aroke, an inmate serving a term of imprisonment in Kirikiri Maximum Security Custodial Centre, Lagos.
Wcj reported earlier that EFCC operatives arrested Emmanuel Oluwaniyi and Hemeson Edson Edwin who are both deputy controllers of the Nigerian Correctional Service, for allegedly giving exaggerated medical reports which warranted a convicted internet fraudster Hope Olusegun Aroke, who is serving a 24-year jail term to be given a referral to be treated outside the facility.

Spokesman of the service, Controller of Corrections Francis Enobore who announced the suspension of its staff, said the decision was taken following their indictment in the scandal.

“This is based on the preliminary report of the investigation panel earlier constituted by the Controller General of the Service, Jaáfaru Ahmed which indicted the officers in the scandal,” the statement read in part.