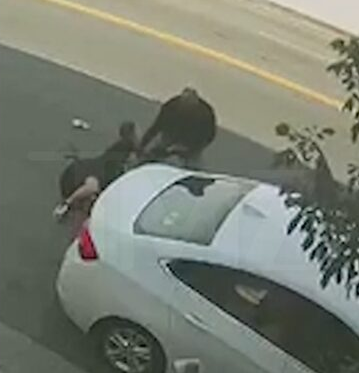 A shocking video shows the moment a Lyft driver pulled a female passenger out of his car and attacked her. This caused other concerned drivers to stop and attack the driver.

In the video recorded on Tuesday afternoon, the Lyft driver is seen dragging the woman out of his car and pushing her to the ground along with her things. He went on to hit her when she tried to get back into the car parked on Melrose Avenue in Los Angeles.

Drivers who were plying the same route stopped and attacked the driver. As they attacked him, the woman, who was beside him, got caught in the scuffle and she fell to the floor again. Another man rushed to help her up while others continued to attack the driver.

The woman, who has been identified as actress Alessandra Starr Ward, narrated to TMZ what transpired. 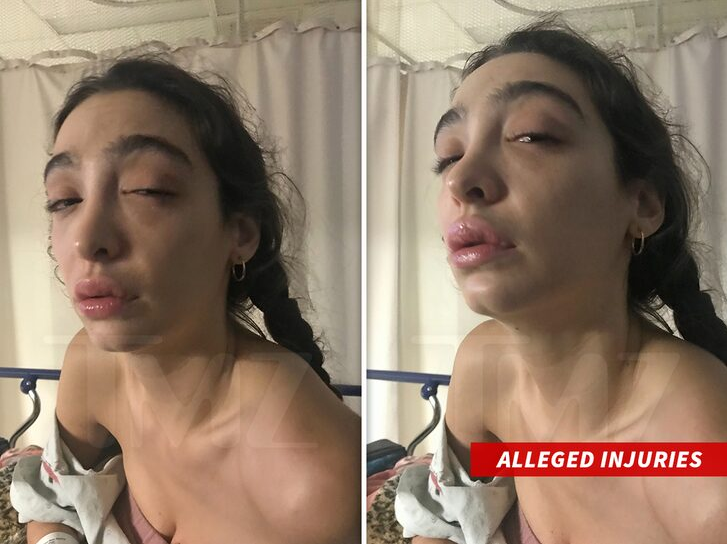 She said the whole thing started when she started playing a song called "Te Bote" from her phone. The driver demanded she turn it off, she refused, and they started arguing. He allegedly threatened to throw her out of the car, and she told him she'd call police if he did.

The incident was brought under control when nearby police officers were flagged down. They cited the Lyft driver for misdemeanor battery.

As for Alessandra, she says she went to the hospital and was diagnosed with a concussion. She also says she has bruises all over her body, a sprained ankle and a black eye. She said Lyft needs to vet its drivers, as this shouldn't happen to anyone. It's unclear if she plans to pursue legal action against the rideshare company.