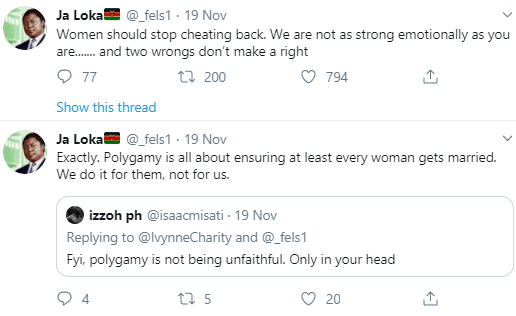 A Kenyan man shared a controversial tweet revealing what his father taught him about women and marriage.

@_fels1 tweeted: "My father taught me that if I ever get married and have kids, I should never forget that in my home, my wife is the only one who isn’t my relative. As I grow older, his words become more real."

He added: "Always be cautious. She can turn into anything. She is not your blood. 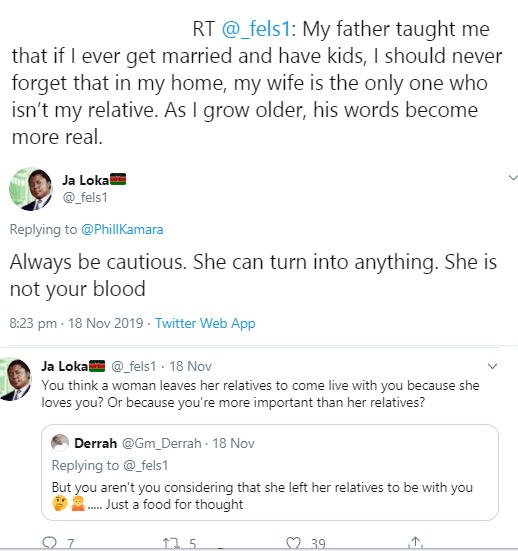 His tweets caused controversy and he was forced to delete his first tweet.

He then shared another tweet asking women to stop paying men back by cheating back because men "are not as strong emotionally as women are." He added, "two wrongs don't make a right."

He also told women that polygamy is not for the men's benefit but it's to ensure that "at least every woman gets married." He continued, "We do it for them, not for us."