French Montana reveals he's out of ICU and getting better (Photo) 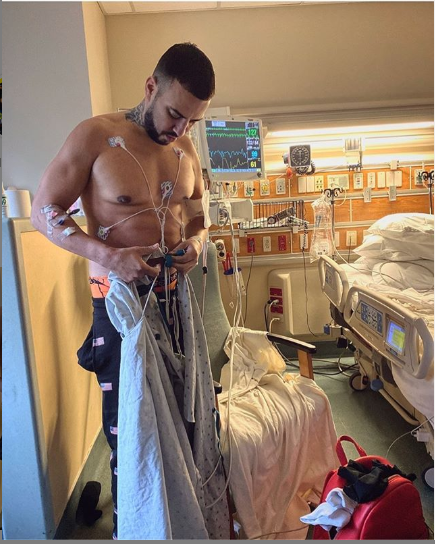 French Montana has revealed he out of ICU and getting better after he was hospitalized at a Los Angeles hospital last week.

The Moroccan-American rapper, 35, was rushed to the hospital on Thursday, November 21, after he experienced severe stomach pains, nausea, and an increased heart rate.

Sources close to the rapper said they believe his health scare could be a result of him being exposed to contaminated food following his recent visit to his birth country, Morocco, where he celebrated his 35th birthday.

On Thanksgiving Day, Montana updated his fans by sharing a photo of himself with monitors still attached to his chest and iv ports in his arms and then wrote: 'For all of the prayers, love, and support.' 'I'm finally out of ICU and am getting better one day at a time!!!' he wrote.