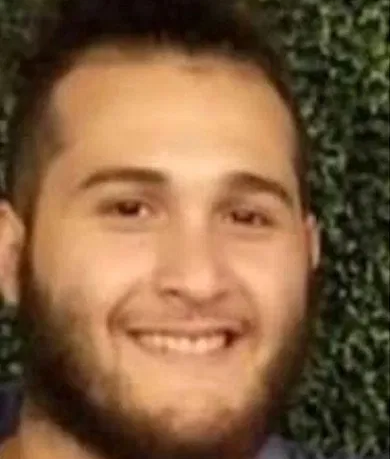 Thomas Osadzinski, a student of DePaul University and Chicago native has been arrested by the FBI for coding for Islamic State of Iraq and al-Sham (ISIS).

The 20-year-old computer science and software development student in the private Catholic university, was accused by federal prosecutors in Chicago of attempting to provide support to ISIS by designing a computer script that would make it easier for the terror group to access and share propaganda on a social media platform.

He was arrested on November 19, 2019, the U.S. Attorney’s Office for the Northern District of Illinois said in a press release. A criminal complaint charges him with one count of attempting to provide material support and resources to a foreign terrorist organization.

Osadzinski appeared Tuesday before U.S. Magistrate Judge Jeffrey Cole in Chicago and was ordered held without bond. Judge Cole scheduled a detention hearing for Friday at 9:30 a.m, the statement said. The complaint alleges that Osadzinski designed a process that uses a computer script to make ISIS propaganda more conveniently accessed and disseminated by users on a social media platform.

Osadzinski earlier this year shared his script and instructions for how to use it with individuals whom he believed to be ISIS supporters and members of pro-ISIS media organizations, the complaint states.Unbeknownst to Osadzinski, the individuals were actually covert FBI employees and a person confidentially working with law enforcement, according to the complaint.

ISIS and its supporters disseminate the terror group’s propaganda materials online to as wide an audience as possible in order to recruit fighters and inspire violence against the United States and other countries. Social media platforms routinely remove ISIS media content due to the violent nature of the materials.

According to the complaint, Osadzinski’s computer process would automatically copy and preserve ISIS media postings in an organized format, allowing social media users to continue to conveniently access and disseminate the content. The material support charge is punishable by up to 20 years in prison. If convicted, the Court must impose a reasonable sentence under federal statutes and the advisory U.S. Sentencing Guidelines.

The FBI began its investigation into Osadzinski in June 2018, after he posted on a pro-ISIS Telegram channel called “Weapons,” and began exchanging online messages with an undercover FBI employee, according to the criminal complaint. Court documents said Osadzinski also sent photos of an ISIS flag and an ISIS propaganda poster to undercover agents.

He sent a photo of the poster on his apartment bedroom wall via Telegram and wrote that he had printed off the poster at the DePaul University library. He also sent an undercover FBI employee a photo of an ISIS flag that the FBI says was taken in his apartment. The flag can be seen in front of an open laptop computer.

On November 2, 2019, Osadzinski sent the undercover FBI employee another photo of an ISIS flag with a handwritten note on it saying, “I renew my pledge to Abu Ibrahim Al-Hashimi Al-Qurashi, in the land of America.” Al-Qurashi is the new leader of ISIS, who succeeded Abu Bakr Al-Baghdadi.
Tags
NEWS