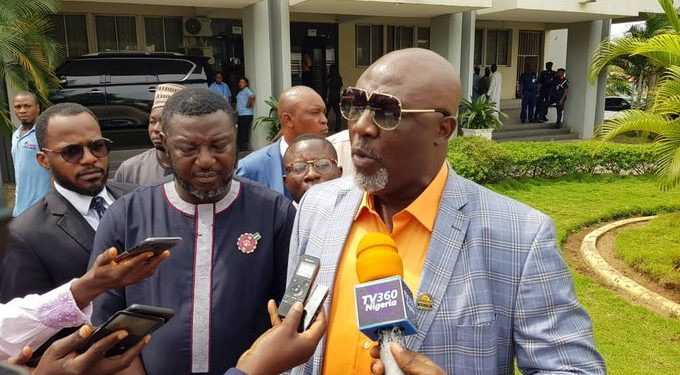 Senator Dino Melaye who participated in Kogi West Senatorial election on Saturday November 16, has demanded its cancellation after he stormed the national headquarter of the Independent National Electoral Commission (INEC) in Abuja with 21 video clips. 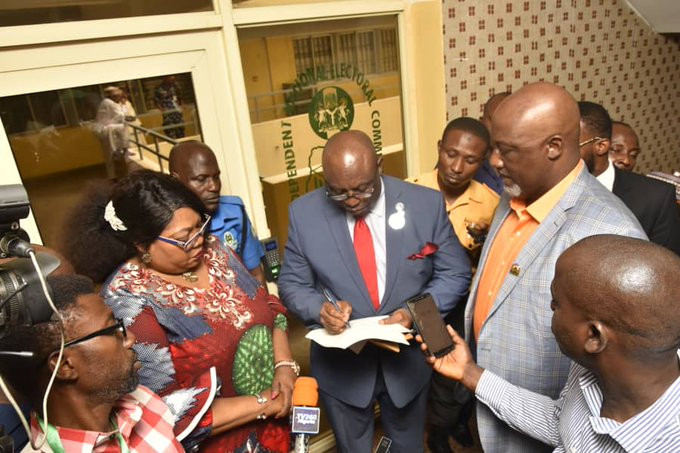 The Kogi Senator who was sacked by the Court of Appeal said the 21 video clips he presented to INEC secretary, Rose Orianran-Anthony and the national commissioner Festus Okoye documented electoral malpractices witnessed during the election.