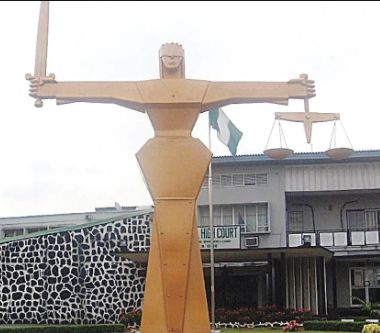 Forty-seven men who were arrested by the Nigerian Police Force in 2018 at a hotel in Egbeda, Lagos, under the anti-homosexual act were arraigned in Lagos on Wednesday, November 27th and they pleaded not guilty to a charge of showing public displays of affection with members of the same sex.

According to a report by Reuters, the accused said that they were part of 57 persons rounded-up by the police.

One of the accused persons, 25-year old Smart Joel, said that police officer use the homosexuality tag to extort bribes.

“Police officers will stop you and then get you arrested, extort money from you and begin to call you names. I just wish the case will be quickly dismissed as soon as possible,” Joel said, hoping he would be allowed to get back to his laundry and dry cleaning business.

Prosecutors accused the self-employed youth and 46 others of being initiated into a gay club at the time of their arrest, denying any claim of extortion. The prosecuting team also notes that it is on the trail of the 10, who have so far failed to show up in court.

The trial judge granted each of the men bails on the grounds that they post N500,000, a surety, who is either a civil servant or resides in Lagos State and has a “reasonable” income. Joel and his co-defendants will appear in court again on December 11.

However, no one has been convicted under the act which carries a 14-year jail term for same-sex marriages or ‘amorous showing of same-sex affection'.
Tags
NEWS