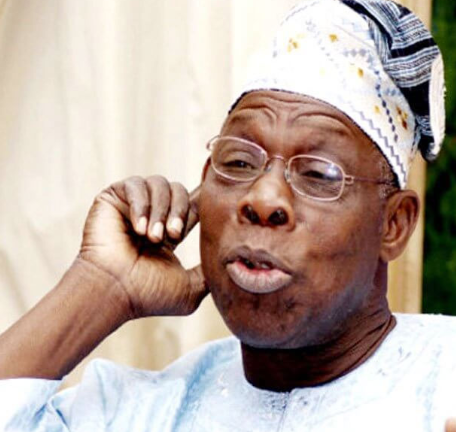 Obasanjo made the remarks during a news briefing on Tuesday, November 26th in Addis Ababa on the margins of Policy Dialogue of African Business Associations on Implementing the African Continental Free Trade Area (AfCFTA) Agreements.

The two-day policy dialogue was co-organized by the African Union (AU), the African Development Bank (AfDB) and the African Export-Import Bank (AFREXIMBANK). Other co-organisers are The AfroChampion Initiative and the Coalition of Dialogue Africa (CoDA). Obasanjo, who is the Chair of the CoDA Board of Directors, explained that Benin’s notoriety was not new, as Nigeria had for long been enduring the practice which undermined its economic well being.

“It happened when I was President of Nigeria. I called the then Benin President, Nicephore Dieudonne Soglo, to let us meet at any of our border posts over the issue.
We eventually met at Badagry (in Nigeria), where we agreed that Nigerian Customs would be stationed in Benin.
“They (the Nigerian Customs) are still there. We don’t have issues with goods manufactured in Benin they are welcome.
But as long as Benin allows the dumping of goods, there will always be a problem with Nigeria,” Obasanjo said.

He noted that the Economic Community of West African States (ECOWAS) was not created to allow one country to turn itself to a dumping ground.
Tags
NEWS