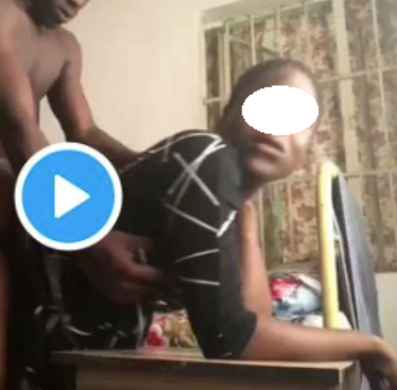 The management of Babcock University has confirmed the expulsion of its students involved in the leaked sex tape which went viral on social media.

In a statement released by the school's Director of Communication and Marketing, Joshua Suleiman, it was learnt that the male student was expelled in February 2019 and was undergoing rehabilitation for different destructive addictions.

The female student who is a 300 level student of Accounting had sex with him which was captured in the viral video when she visited him at the hospital where he was admitted in April.

The management of Babcock University further stated that the female student said to be daughter of a Senior Pastor of Calvary Bible Church, has also been expelled for violation of the University's rules and regulations.

Read the statement below; 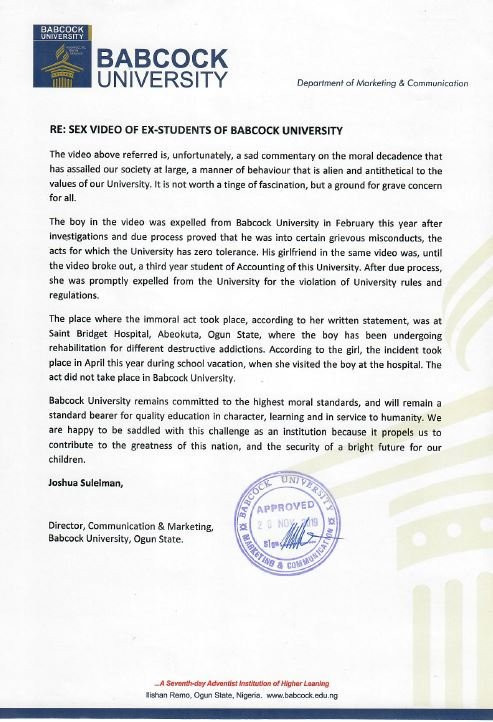