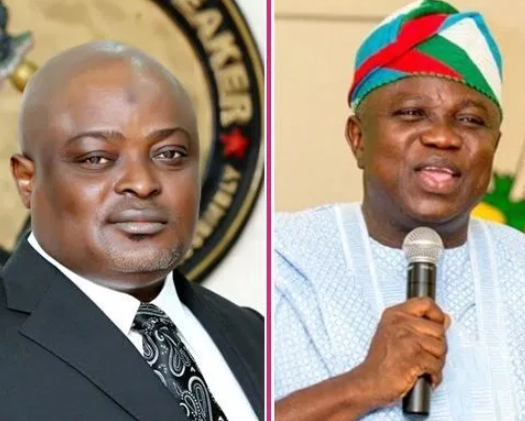 A Lagos High Court in Ikeja has fixed January 16, 2020 for hearing of a suit filed by former Governor of Lagos State, Akinwunmi Ambode, to challenge the constitutionality of the probe of his administration by the House of Assembly over procurement of 820 buses for public transportation.

The House had suspended the probe following an order of the court which directed parties to the suit to maintain status quo. Aside the House, other defendants are the Speaker, Mudashiru Obasa; House Clerk, Mr A.A Sanni; Chairman of the Ad hoc Committee set up by the House to probe the procurement, Fatai Mojeed and members of the Committee. They are Gbolahan Yishawu, A.A Yusuff, Yinka Ogundimu, Mojisola Lasbat Meranda, M.L Makinde, Kehinde Joseph, T.A Adewale and O.S Afinni.

At the resumption of the matter on Wednesday, November 20th before Justice Y.A Adesanya, a team of lawyers to the defendants led by Lawal Pedro (SAN) and Olukayode Enitan (SAN) informed the court of the counter affidavit filed in opposition to the motion for interlocutory injunction and a notice of preliminary objection challenging the jurisdiction of the court to entertain the matter.

Already, Pedro said he had been served with claimant’s (Ambode’s) written reply on point of law to the counter affidavit with a written address. He, however, asked for time to react to the process served on him in court by the claimant’s legal team. In response, the claimant’s counsel, Tayo Oyetibo (SAN) confirmed the receipt of the preliminary objection but informed the court that the defendants were yet to file a defence to the suit.

At the instance of both counsel, especially the need to put in all necessary processes, the matter was adjourned to January 16, 2020 for hearing. Ambode had said contrary to deliberate misrepresentation of facts by the lawmakers, the procurement of the 820 buses was well captured in the 2018 Appropriation Law which was duly approved by the House.