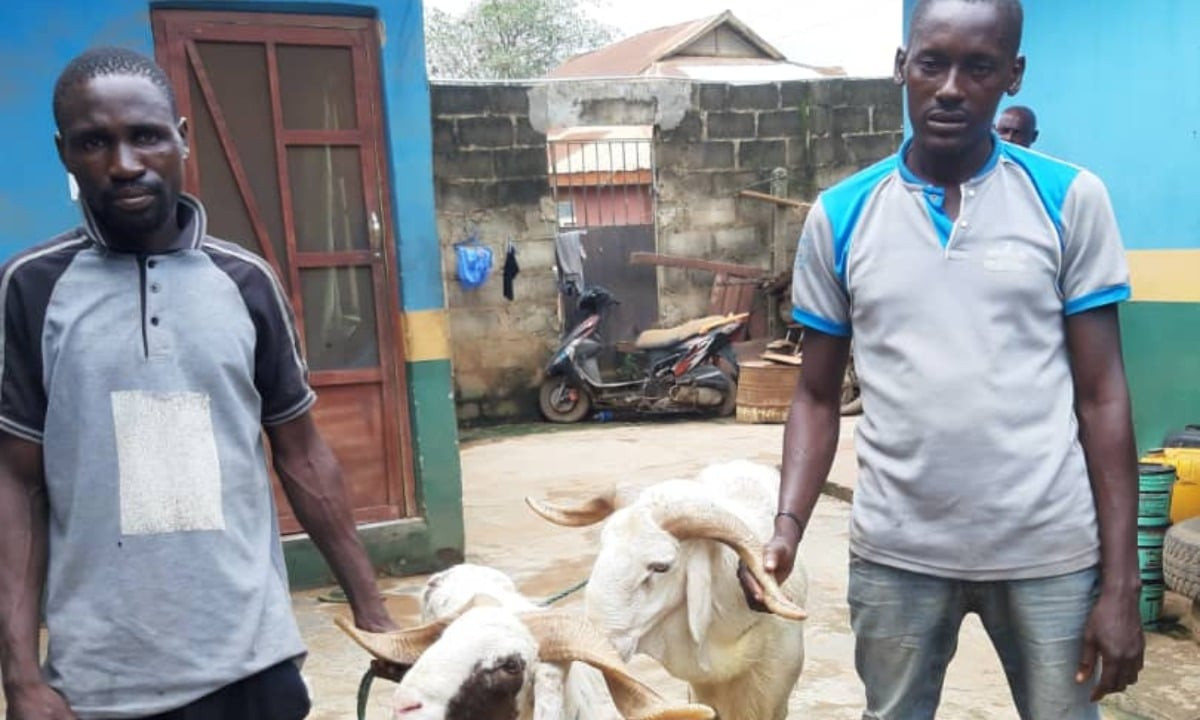 The Ogun state police command has paraded two men arrested for stealing rams in Ogijo area of the state.

The suspects identified as Shina Kolawole and Taoreed Oladimeji, were arrested at Mayor bus stop during a routine patrol led by the DPO of Ogijo Division, CSP Suleman Baba Muhammed.

They were conveying the rams to an undisclosed location with a bus that had the registration number, LSD 381 XN.

“On interrogation, the two suspects were unable to give satisfactory account of how they came about the rams, hence they were arrested and taken to the station.
“On further questioning, they confessed that the rams were actually stolen,” Abimbola Oyeyemi, Ogun Police Spokesperson, said in a statement.

Owners of the ram have been contacted and they are expected to appear at the police station with evidence of ownership. The two suspects on the other hand will be charged to court after investigation has been concluded.