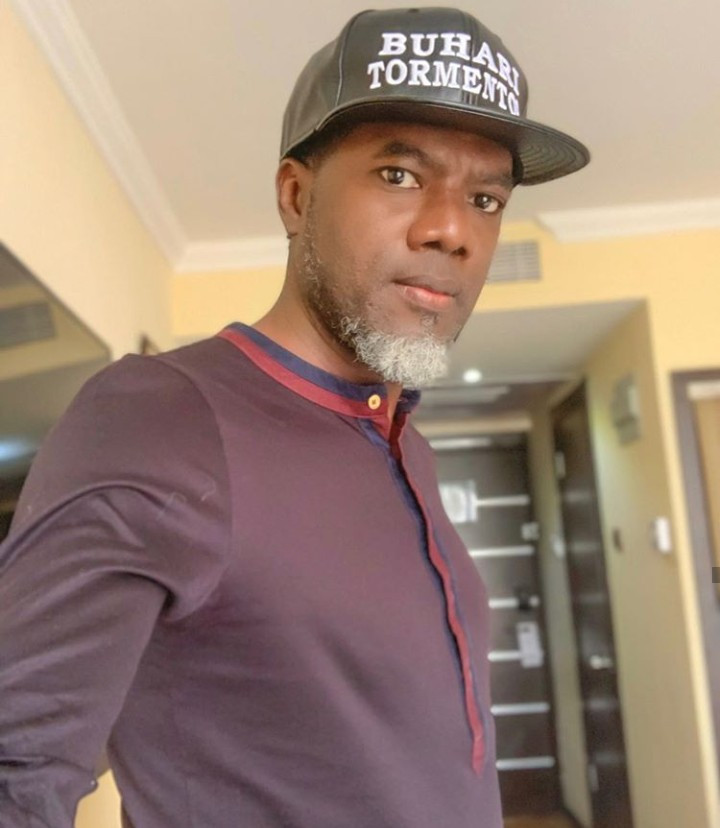 Reno Omokri said a "prayer" for himself and for a follower who accused him of travelling the world with money he embezzled while working with the PDP government.

Reno tweeted a list of all the countries he has travelled to in order to advance the cause of Leah Sheribu - the only Christian girl who remained in captivity because she refused to denounce her religion and accept Islam. 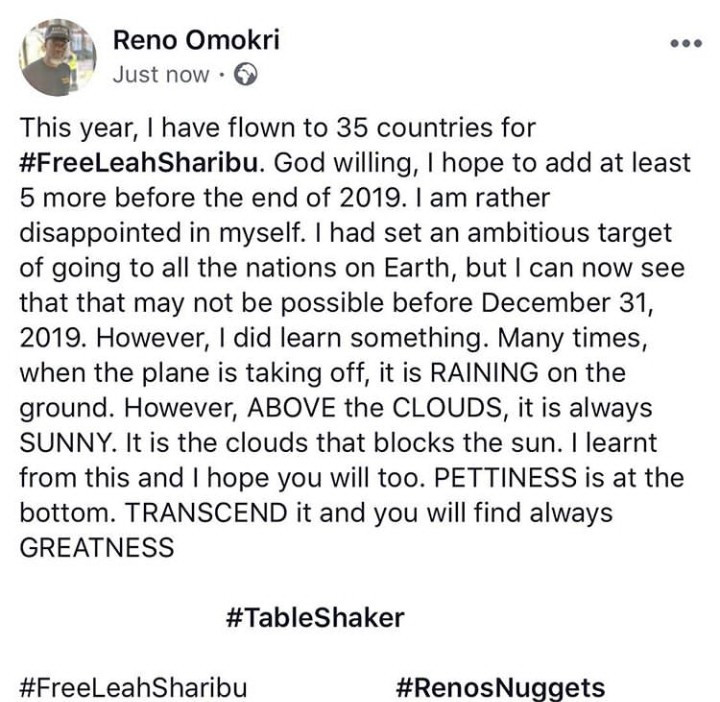 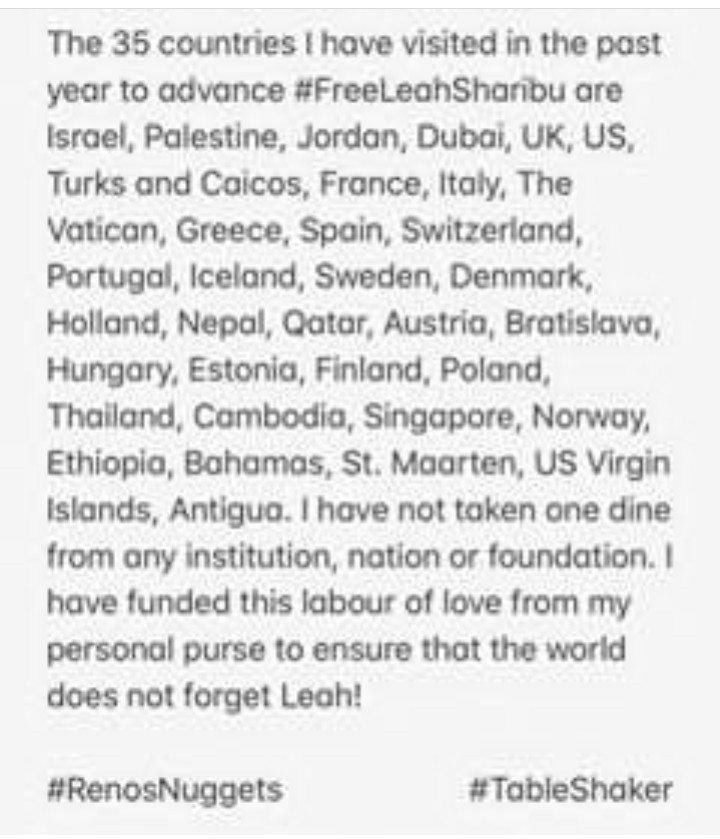 But, one of his followers replied, telling him he's only able to travel to the 35 countries he mentioned because of the money he stole while in office.

@Solapev wrote: "You are spending out of the money you stole while in office during the dark day of PDP government." 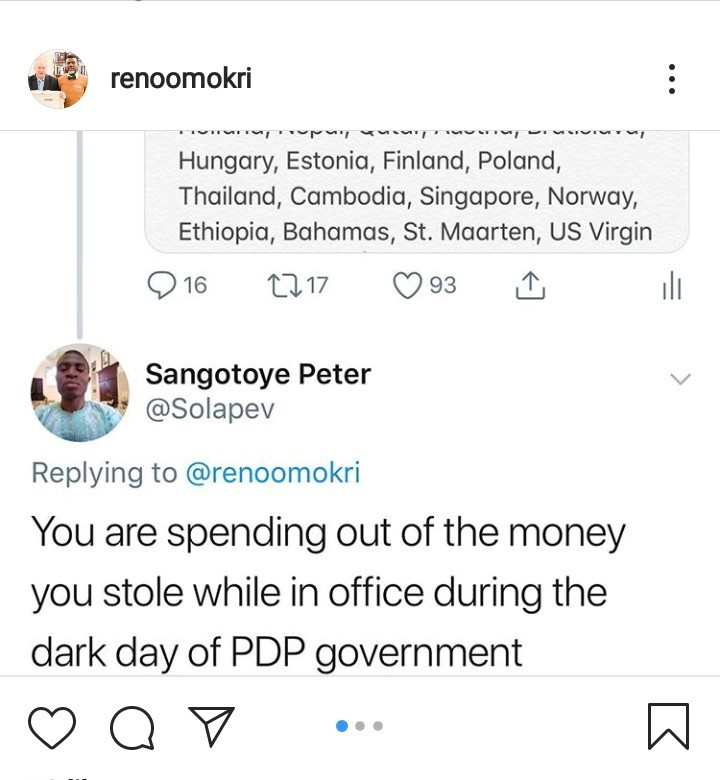 Reacting to the accusation, Reno typed a prayer that reads, "If this is true, may I never progress. But if you have falsely accused me, may the God of Abraham, Isaac, and Jacob avenge me publicly in your life. In Christ name. Amen. Bless you and have w good day." 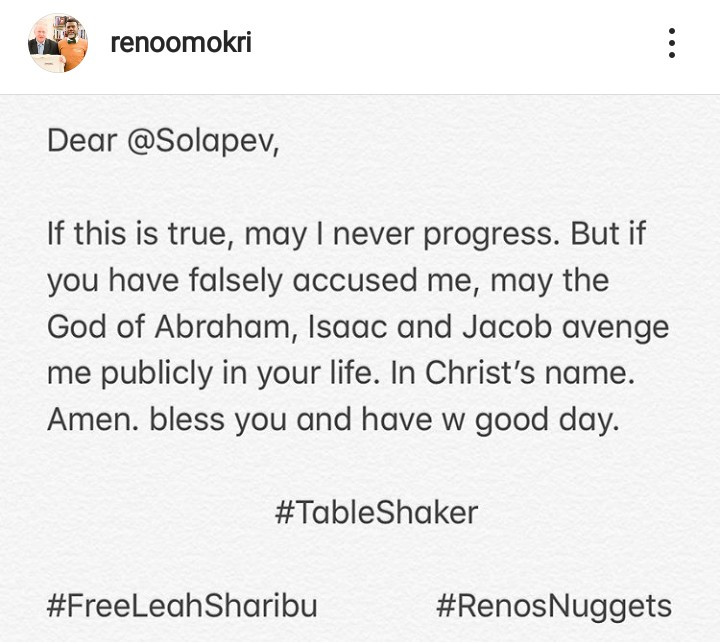 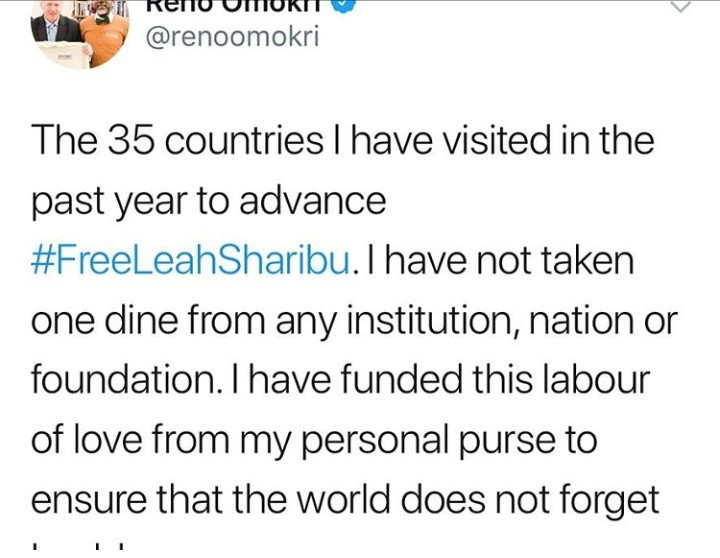