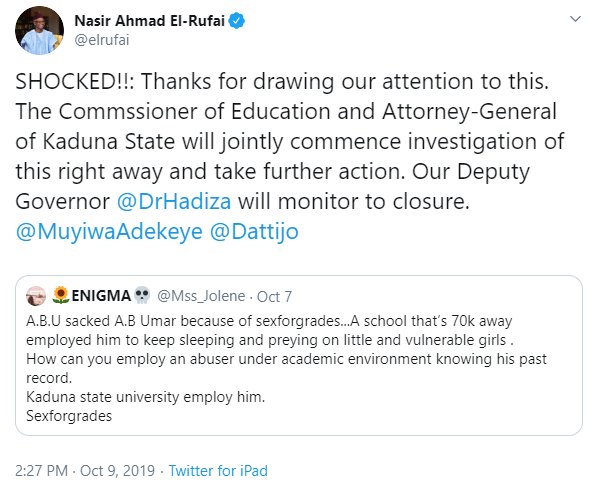 Kaduna state governor, Nasir El-Rufai, has called for an investigation into a Twitter users claim that a former lecturer of the Ahmadu Bello University Zaria, A.B Umar, who was sacked for sexually exploiting his female students, has been employed by the management of the Kaduna state university. The Twitter user drew the attention of the governor to this claim shortly after the BBC 'Sex for Grades' documentary was released.

Reacting to the allegation via his Twitter handle, the governor expressed shock and mentioned that the state Commissioer for Education as well as the state Attorney General will be investigating the allegation.