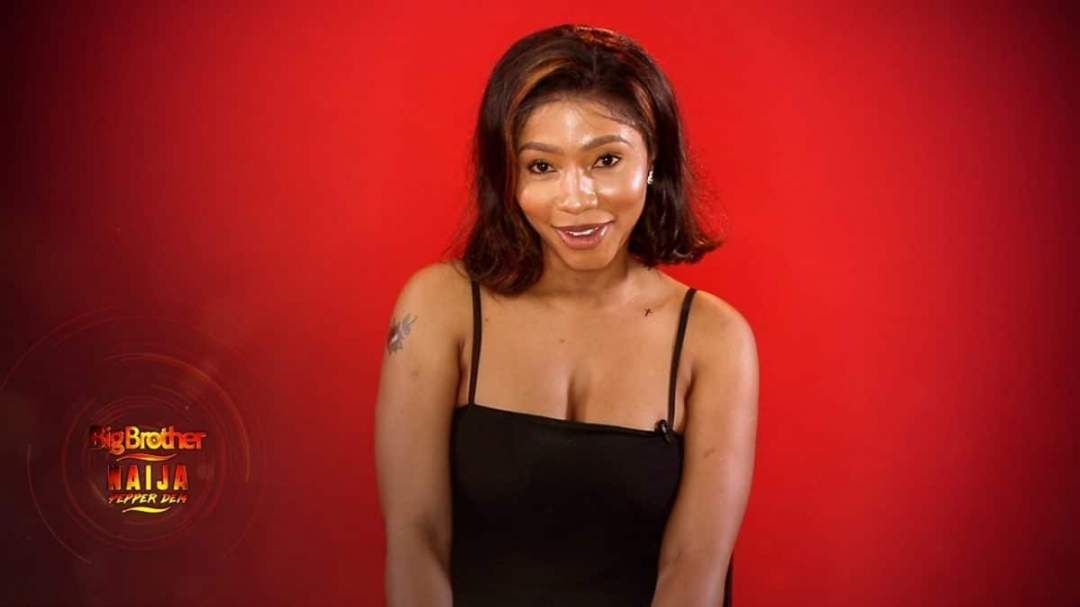 Big Brother Naija, BBNaija 2019 edition, on Thursday experienced another moment.
This time around the last female BBNAija housemate, Mercy bared her breast on national Tv.
This happened while she was dancing in the garden in front of the other housemates.
We recall that Mercy who appeared to be the most entertaining of all the housemates, had flashed her boobs and stripped sometime ago earlier in the show.
Mercy escaped eviction to the finals after she bought immunity for 2000 coins.
Mercy will on Sunday battle with other four male housemates, Seyi, Frodd, Mike and Omashola to emerge winner of BBNaija 'Pepper Dem' edition.