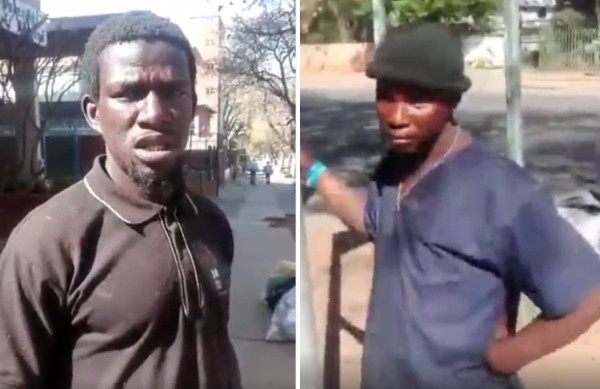 A video of an eyewitness account of the murder of a South African taxi driver in Pretoria which sparked off the xenophobic attacks has surfaced.

Recall LIB reported that a taxi driver was shot dead in Pertoria CBD after he and his colleagues confronted some drug dealers in the neighbourhood to clean up the community.

However eyewitnesses present at the scene of the incident revealed that Tanzanians are in-charge of the territory and they killed the taxi driver with a pistol snatched from a police officer.

The two eyewitnesses further revealed that Nigerians were framed in the attack. They asserted that there was a plot to make Nigerians look bad after the killing.


Recall that shops and properties belonging to Nigerians were set on fire in a xenophobic attack launched by South Africans shortly after the taxi driver was killed.The attack which went on for days led to an outrage online.
Tags
NEWS