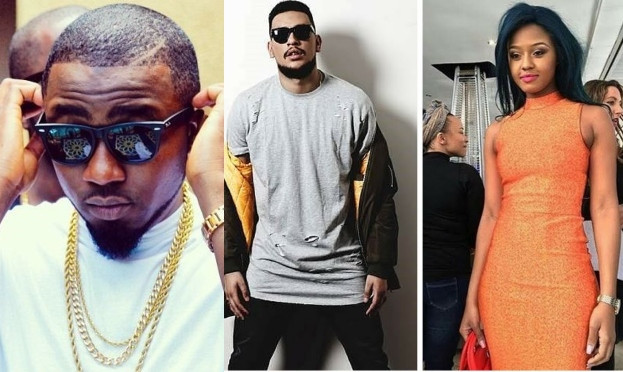 Ice Prince engaged in a Twitter exchange with AKA and Babes Wodumo in the wake of the xenophobic attacks in South Africa and the South African rapper's tweets which many claimed was also inspired by hate.

The Nigerian rapper suggested that the trial and imprisonment of South Africans arrested over the xenophobic attacks be done outside of the country. Ice Prince stated that if the suspects are jailed in South Africa, they might end up breeding a new generation of future problems.

He tweeted "I strongly suggest that the suspects arrested should not be tried or sentenced in South Africa as this is now a Pan African crime and problem. If they are jailed in South Africa, they are only going to breed a new generation of future problems from the inside"

He went on to ask AKA to apologize over his tweets which riled many Nigerians and other celebrities before slamming Babes Wodumo over her tweet which campaigned for the expulsion of Nigerians from South Africa. 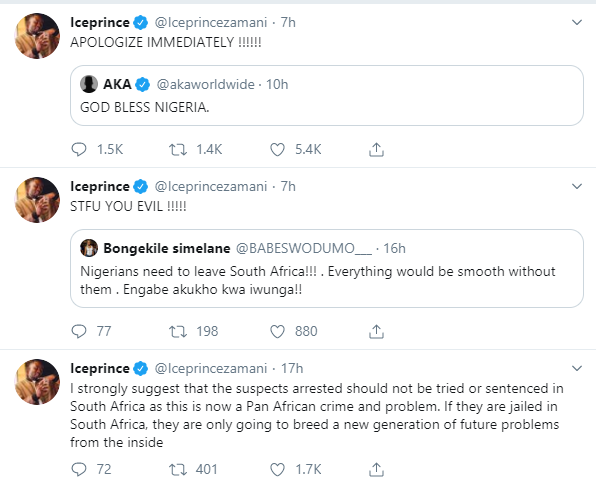