UK court orders stay of execution on the 3470.40₦billion damages against Nigeria by P&ID pending the determination of an appeal by the FG 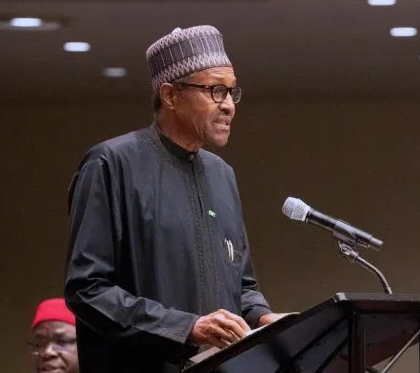 The English Commercial and Arbitration has ordered a stay of execution of the billion damages secured against Nigeria by Process and Industrial Developments (P&ID) pending the determination of an appeal by the Federal Government.

It however asked the government to make a security payment of million to the court as the court also granted Nigeria’s leave to file an appeal against the award.

P&ID secured the damages against Nigeria following a failed Gas Supply Project Agreement (GSPA) contract between it and the Federal Ministry of Petroleum Resources.

A brief by the Attorney-General of the Federation and Minister of Justice, Mr. Abubakar Malami (SAN) from London said:

“Stay of execution granted subject to payment of m security payment to court pending the determination of the appeal the leave for which has been granted by the commercial court. Application for leave to appeal against the award and enforcement of the award is granted.”

The Federal Government had opted for a fight-to-the-finish legal battle against the Irish firm. The first leg of the war is applying for a stay of execution of the judgment when the court resumes later this month. It was also reported that applying for a stay of execution, the Federal Government will file an appeal against the judgment.

Further findings by TheNation also revealed that the Act bars UK courts from attaching assets of a foreign state without the consent of the state. In an article, Quinn Emanuel Urquhart & Sullivan LLP (the largest law firm in the world devoted solely to business litigation and arbitration) said the Act allows a written consent of a foreign state before the enforcement of a judgment which could lead to seizure of assets or freezing of accounts.

The March 20, 2019 article was titled “Sovereign Immunity in the United Kingdom—Lexology”. The firm said in part: “Section 13(2) of the Act provides that:(a) relief shall not be given against a State by way of injunction or order for specific performance or for the recovery of land or other property; and (b) the property of a State shall not be subject to any process for the enforcement of a judgment or arbitration award or, in an action in rem, for its arrest, detention or sale.

“Pursuant to section 13 of the Act, state assets ‘shall not be subject to any process for the enforcement of a judgment or arbitration award or, in an action in rem, for [their] arrest, detention or sale’ unless the state has provided its written consent (see, for example, Gold Reserve Inc v Venezuela [2016] EWHC 153 (Comm), finding that Venezuela had submitted to arbitration in writing by entering into a bilateral investment treaty (BIT) with Canada) or the assets in question are ‘in use or intended for use for commercial purposes’ (section 13(2)-(4)).
These provisions apply in respect to states alone as defined in section 14 of the Act, and do not therefore extend to separate entities (see question 8). “See Hazel Fox and Philippa Webb, The Law of State Immunity (Oxford University Press, Oxford 2015), pp. 504-5.
“This provision is subject to sections 13(3) and 13(4) of the Act. Pursuant to section 13(3), a state may provide written consent to the grant of any relief against it. It follows that a state may consent to the grant of interim or injunctive relief against it; however, the mere submission to the jurisdiction of the UK courts does not constitute such consent.”