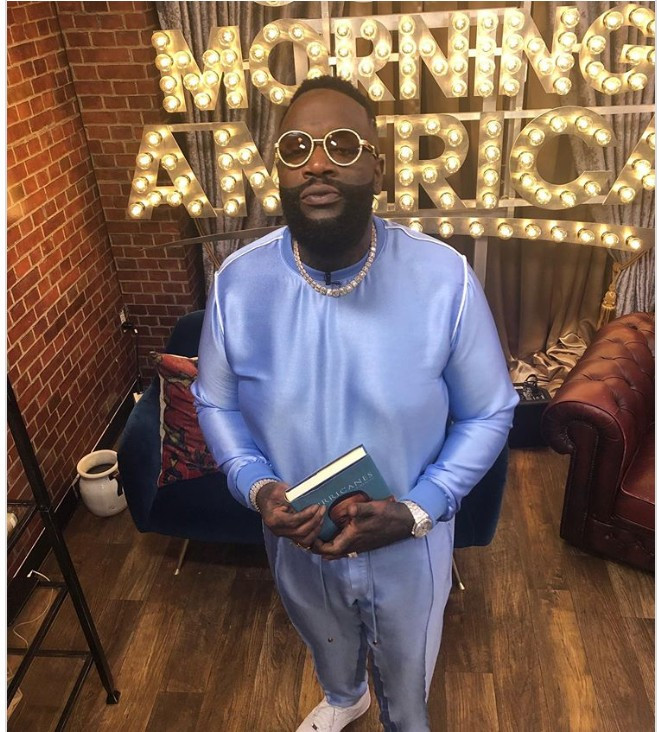 Rick Ross has revealed that codeine abuse caused him to have seizures and he disclosed the scariest seizure he had, which became his turning point.

The rapper released an autobiography titled Hurricanes, in which he revealed that his stay at the hospital in 2018 was as a result of a seizure brought on by codeine abuse (read here).

In the book, the rapper went further to describe what happened on the night of his most severe seizure in 2018. He said the seizure, which was brought on by a mixture of codeine, alcohol and other drugs, made him foam at the mouth and defecate on himself while he was in bed with a woman.

He wrote: "I'd caught a cold the day before and had a bad cough. I’d been taking DayQuil and using Vicks VapoRub all day. When I went to bed that night I had a seizure. But I didn’t come out of it the way I usually do. My breathing was all fucked up. At around 3:30 in the morning the girl I was with went downstairs and told Tomcat I had shit myself and was foaming at the mouth."

911 was called but Ross told his people to turn them away since he felt like he could handle it. Once he got into the shower to clean himself off, Ross said that he began coughing up blood. That's when he decided it was time to go to the hospital.

At the hospital, a doctor told Ross that he had aspiration pneumonia. He came down with the lung infection after something got into his lungs during the seizure and caused an in­fection.

After the health scare, Ross cleaned up his lifestyle and even lost 75 pounds.

His new memoir is now out in stores.
Tags
CELEBRITY