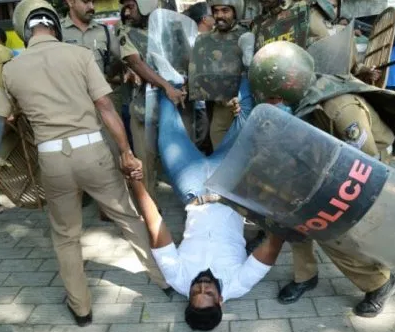 Indian authorities have deported a Nigerian who was charged and booked for cybercrime offence, while also overstaying his visa.

The Nigerian, identified as Valentine Kevin was deported on Friday, September 27th with a flight coming to Lagos. He arrived India in 2014 on a medical visa but after his visa expired, he stayed put in the country, living in Hyderabad. In August he was arrested by Cyberadad police as a suspect in a fraud case.

The case led to his being handed over to the Indian immigration department.
Tags
NEWS