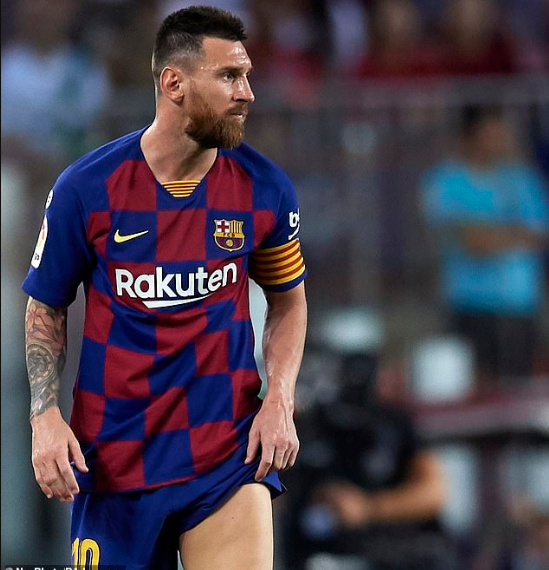 Spanish gaints, Barcelona are going to be without their star man Lionel Messi for some weeks due to injury.

The Argentine striker who recently won FIFA's The Best award was substituted at half-time of Tuesday night's victory over Villarreal, his first start of the season.

Barca confirmed on Wednesday night that Lionel Messi was withdrawn due to thigh injury.

A statement released on Wednesday night said, 'First team player Leo Messi has an elongation at the adductor of the left thigh. It is low and its progression will determine his availability.'

Spanish newspaper AS report that he will miss Saturday's trip to Getafe as well as Barcelona's crunch Champions League group clash with Inter Milan. He is also a doubt for next weekend's visit of Sevilla.