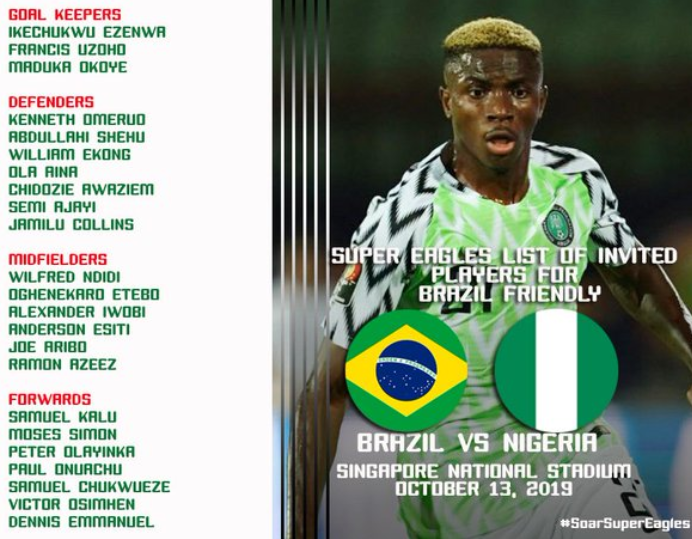 According to the squad released, Ramon Azeez and Abdullahi Shehu have been recalled while Peter Olayinka has been handed his first callup to the National Team.

Gernot Rohr’s men head to the game following a 2-2 draw with Ukraine in their last friendly encounter. The match will be played on October 13, at the Singapore National Stadium.