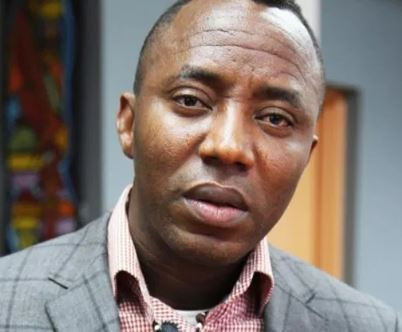 The Nation reports that a shocked Nigerian security and intelligence community met to discuss the bail yesterday night September 27th and resolved to appeal the judgement.

A top government source, on the condition of anonymity said that anyone standing trial for treasonable felony is not entitled to bail.

”Sowore’s bail is likely to bring trouble for that judge. A report has been prepared to report him to NJC in view of the fact that, as far as this country, it is known that a person charged treasonable felony has no bail option. So, the security and intelligence community in the country is shocked by the judgement. And there is a consensus that the judgement should not only be appealed, but that the NJC should be petitioned about the conduct and abuse of power by the judge.”

Sowore was arrested and kept in the custody of the DSS since 3rd of August, 2019, for allegedly calling for “revolution” through the group’s protest scheduled to hold for 5th of September 2019.
On September 19th, the Federal government slammed a fresh seven-count charge against Sowore, accusing him of treason, money laundering and cyberstalking President Buhari. On Tuesday September 24th, Justice Taiwo Taiwo granted Sowore bail and dismissed an application by DSS to extend his stay in their custody.

The DSS is yet to release Sowore despite him fulfilling his bail condition.