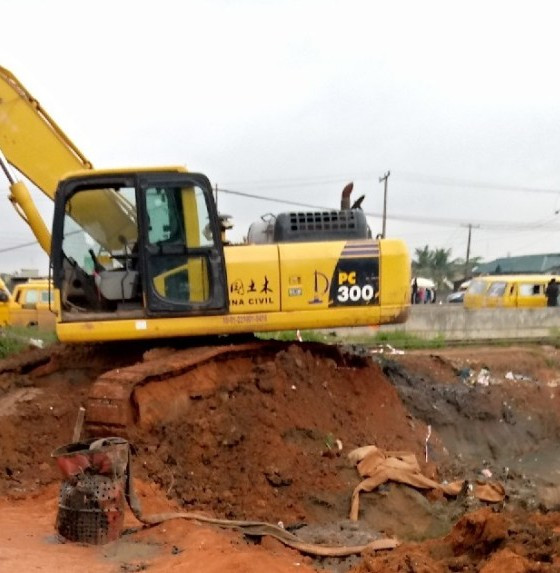 Angry Nigerian youths stormed a construction site near the Ikeja railway to destroy things after at least one train passenger died following an accident this morning.

According to reports, a train was moving along the Ikeja railway, with some passengers hanging from it. At PWD busstop, an excavator being used for the construction of the second phase of the railway in Ladipo, Ikeja, was stationed very close to the railway.

Unfortunately, as the train passed the area where the excavator was stationed, the men hanging on the train were knocked down by a part of the excavator that was close to them.

At least one of the men died. There are reports that the second man also died but this cannot be verified at the moment. 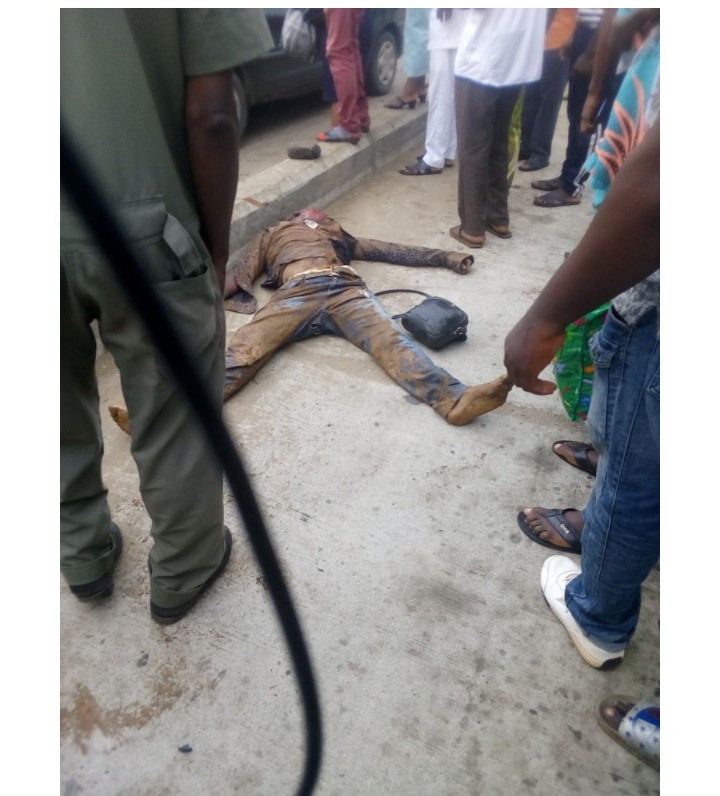 Following the accident, youths in the area stormed the scene to wreak havoc to the tractor, excavators and trucks being used for the construction. 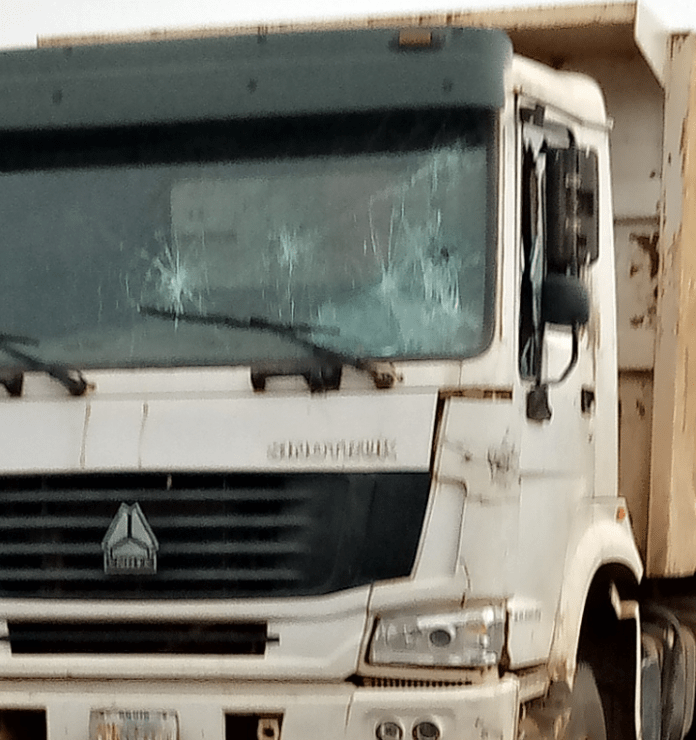 The construction company workers and the two Chinese supervisors at the site had to run for their lives on sighting the angry youths. 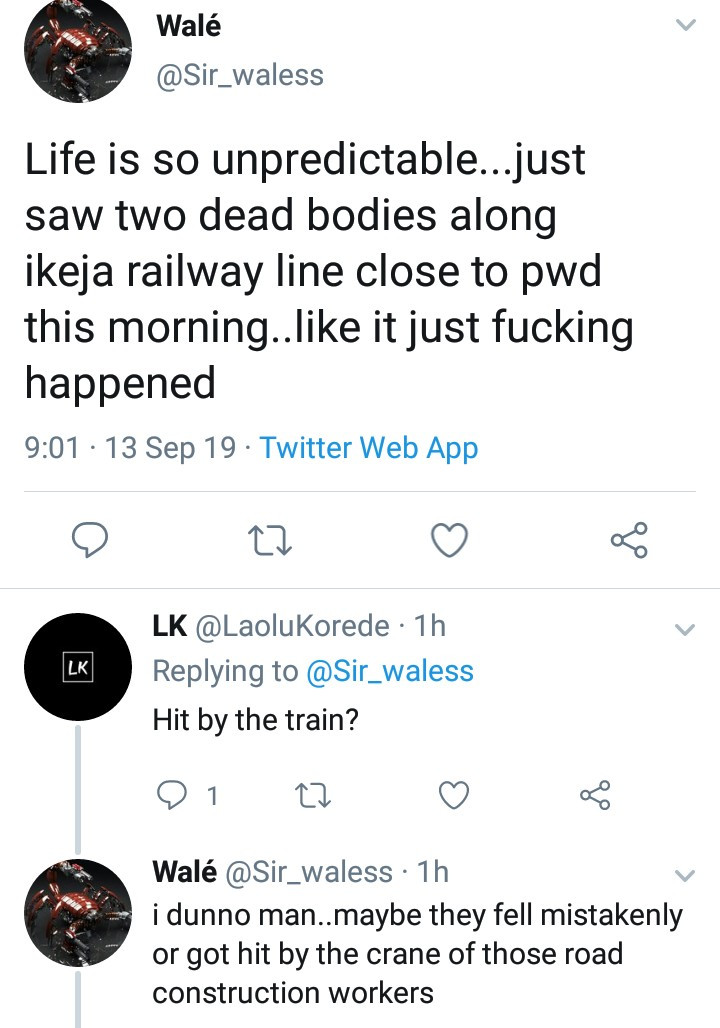 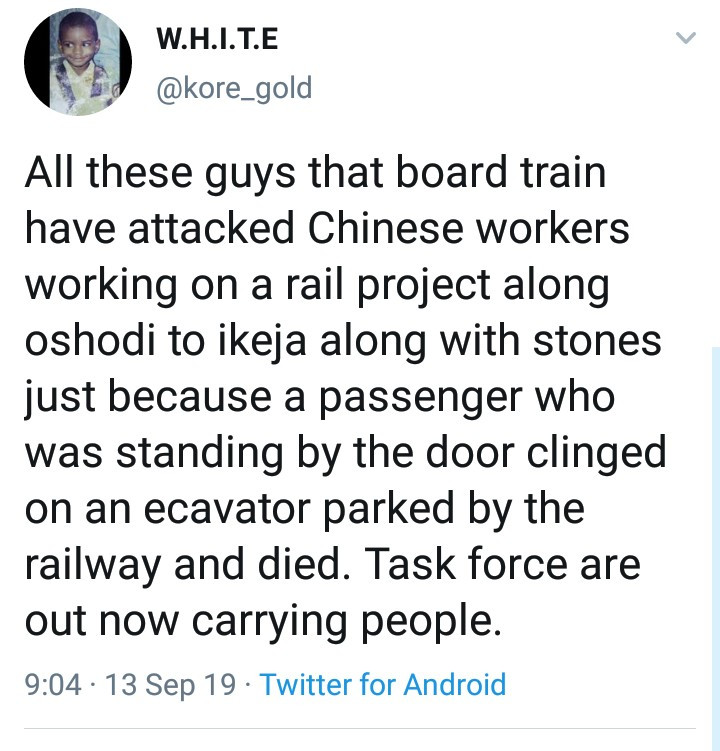