Betty Irabor shares her encounter with the Obi of Onitsha 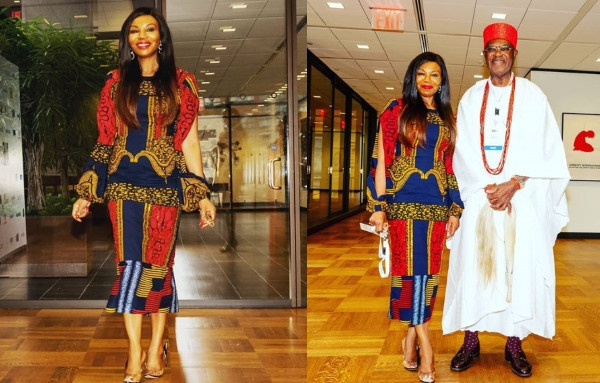 Betty Irabor took to Instagram to share her encounter with the Obi of Onitsha, His Majesty Igwe Nnaemeka Alfred Ugochukwu Achebe during a meeting at the African Women on Board.

According to the media personality, she introduced herself as Sonni Irabor's wife and that initiated a conversation with the Anambra monarch who seem not to be a fan of misogyny.

She said she got corrected by the Obi of Onitsha who told her to introduce herself as "Betty Irabor" next time because she is a strong woman in her own right.

She wrote "THE IGWE AND IME... Good evening IGWE. I am Soni Irabor's wife.HIM.. Betty!ME.. surprised. Oh you know me, YOUR MAJESTY?Him..OF COURSE. But why are you introducing yourself as Soni's wife when you could just have said I AM BETTY IRABOR?Isn't that what this conference is all about?ME.. I was sure you would know my husband even if you didnt know me, it makes it less awkward for me sometimes, especially when I am greeting royals like you...HIM.. You are a strong woman in your own right. Next time, just say I AM BETTY IRABOR.( He smiled)I DIDNT EXPECT THAT AT ALL but I loved it.DAALU, Thank you. IGWE NNAEMEKA ALFRED ACHEBE...with men like His MAJESTY supporting us, our job as women seeking more leadership roles is definitely going to be made much easier." 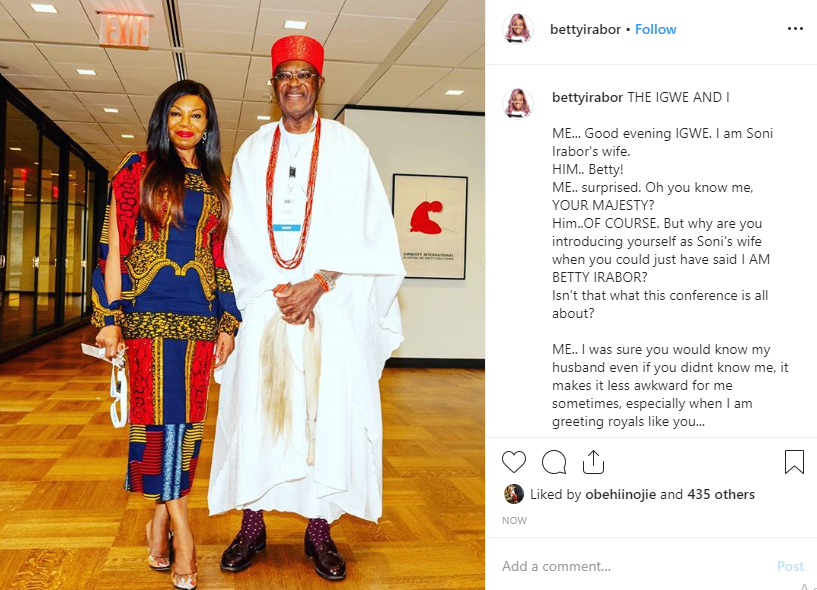