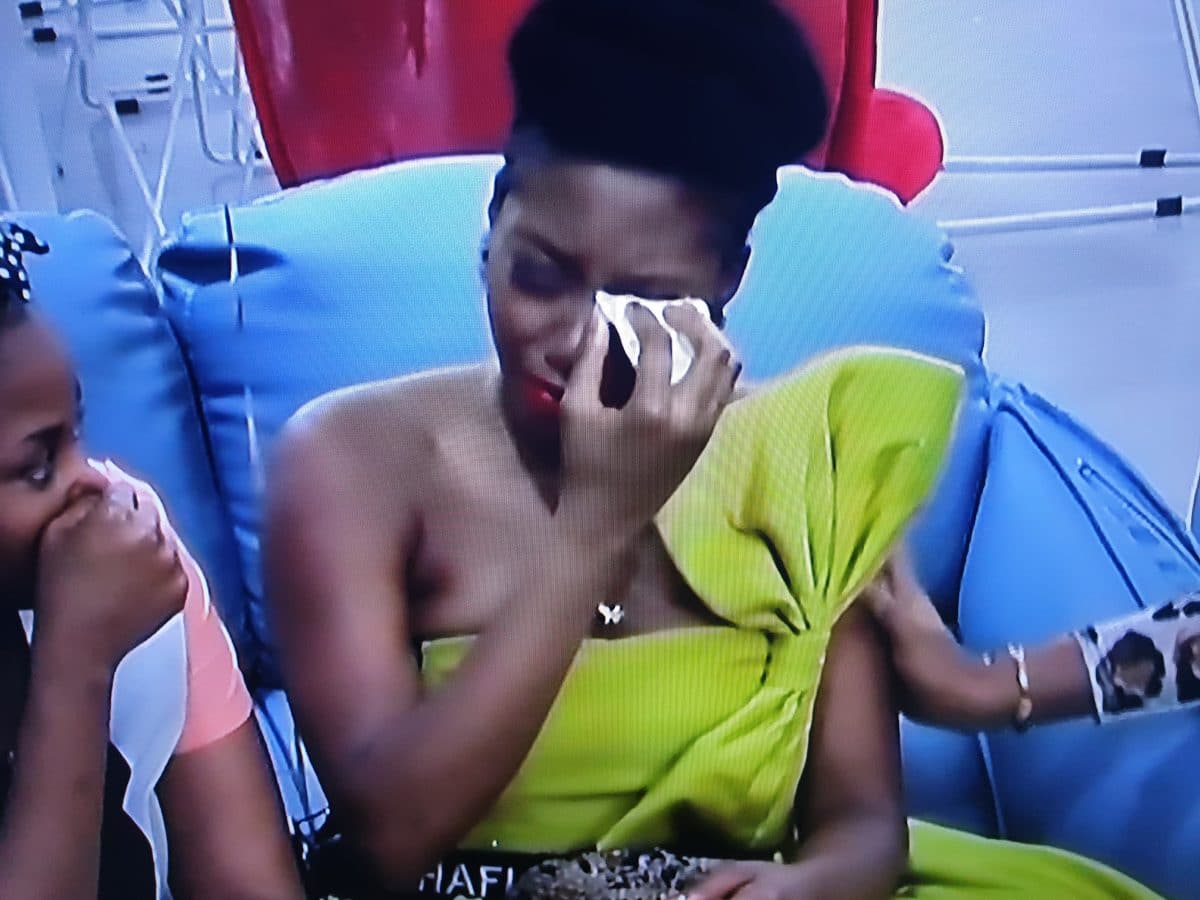 Big Brother Naija, BBNaija housemate, Khafi has been evicted from the reality show.
She was evicted from the Pepper Dem edition of Big Brother on Sunday during Live eviction show.
Her eviction has left 10 housemates battling for the grand prize of N60m.
BBNaija host, Ebuka Obi-Uchendu had announced that at least one housemate will be evicted this Sunday.
Four housemates: Khafi, Tacha, Mike and Seyi were nominated for possible eviction this week.
Omashola, who was nominated but had the veto power card, replaced himself with Seyi.
Tags
#BBNAIJA 2019