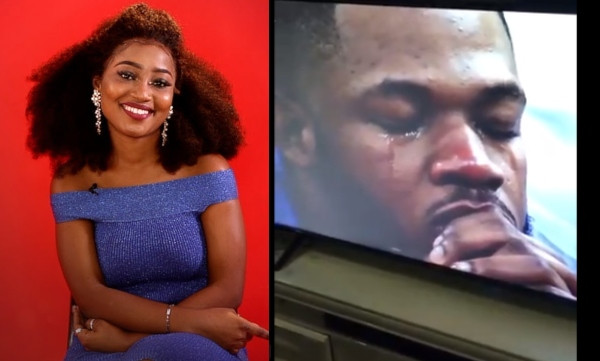 Esther has been evicted from the Big Brother Naija house after being put up for eviction last week alongside Tacha, Sir Dee, Venita, Frodd, Esther, Cindy.

Esther before her eviction, won the Head of House challenge twice and was also romantically involved with Frodd. Her eviction also turned up Frodd's emotions as he was spotted crying crying after she was sent packing from the house.

Here is the video;